The estranged but still married couple are staying at home together. 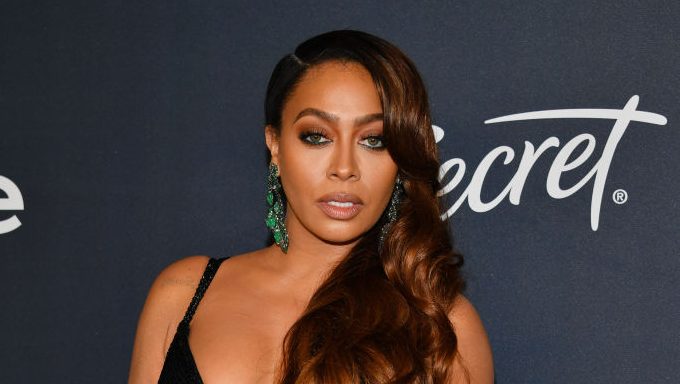 It looks like Lala Anthony is making the stay-at-home order a family affair, and she’s spending time with her estranged husband, Carmelo Anthony, during the quarantine.

The actress who snagged a new role on The Chi revealed that she and her family fled NYC when things got scary and she’s spending the downtime in Los Angeles.

“I’m on the West coast. I have a bunch of my family with me. My son, obviously, is here. I was in New York, and I just felt like it was time to get out of New York,” she told Access Hollywood Daily.

“I was like, ‘This is not the place to quarantine at anymore. It’s time to go!’ So I grabbed some of my nieces, family members, Kiyan- and we came out west to do this quarantine together. Melo- he’s here somewhere.”

Lala Anthony didn’t suggest she and the NBA star are rekindling their romance, but she did suggest that the decision was made to benefit their son, Kiyan.

READ MORE: La La Anthony is exploring her ‘legal options’ on what’s next after latest split from Carmelo Anthony

“It has actually been smooth sailing. And to see my son so happy, even in the midst of what’s going on in the world; to me is what’s important and what matters to me. I feel really great about that.”

The Power alum and her ex have always maintained a united front for their son despite their separation.

Anthony’s latest gig includes a stint on the hit Showtime series The Chi. The Lena Waithe creation has added some new talent to the roster after the departure of Jason Mitchell. Anthony, Lil Rel Howery, and Luke James will have recurring roles when the show returns for its third season.