The 82-year-old is considered ineligible since he was convicted of “a crime of violence.” 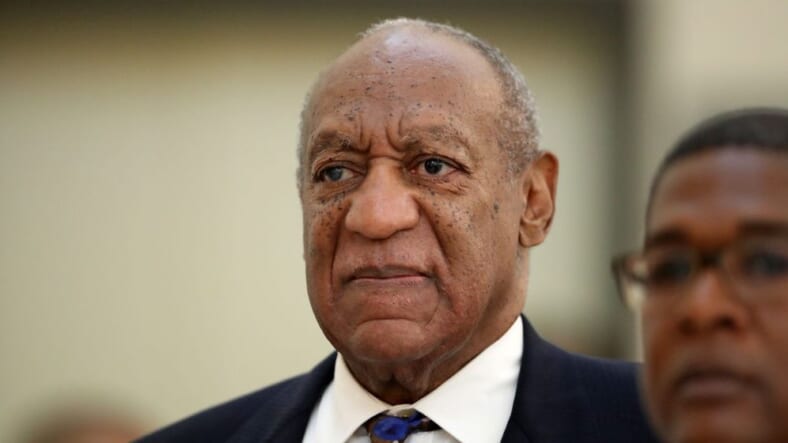 Actor and comedian Bill Cosby returns to the courtroom after a break with his spokesman Andrew Wyatt at the Montgomery County Courthouse, during his sexual assault trial sentencing in Norristown, Pennsylvania, U.S. September 24, 2018. (Photo by David Maialetti-Pool/Getty Images)

Tekashi69 may have gotten a reprieve due to the coronavirus pandemic but it appears Bill Cosby won’t be getting the same grace from the prison system.

TheWrap reports that the disgraced comedian will not be one of the beneficiaries of the order issued by Pennsylvania Gov. Tom Wolf for the temporary release of inmates due to concerns surrounding COVID-19.

READ MORE: Tiny Harris says Bill Cosby should be put on house arrest due to coronavirus 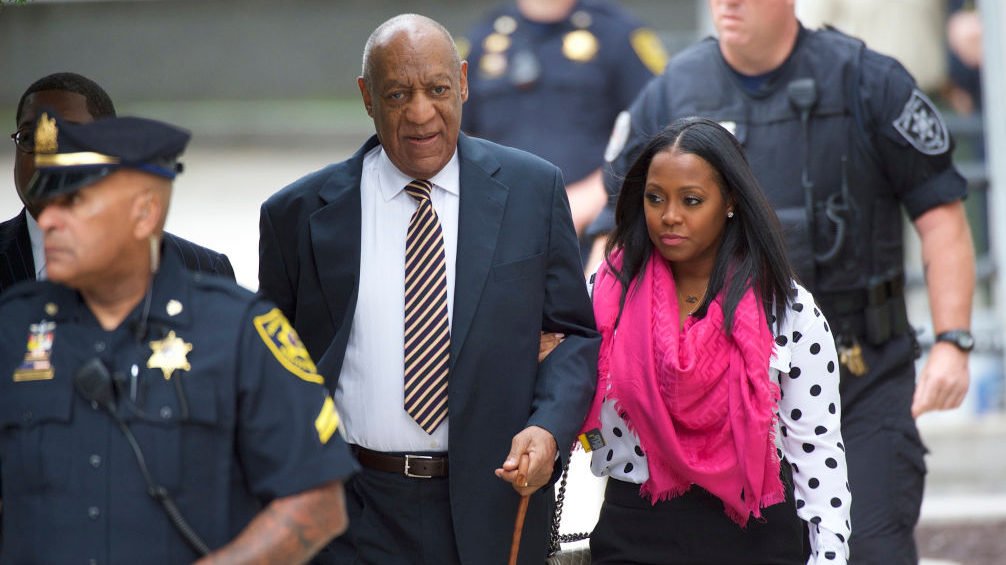 NORRISTOWN, PA – JUNE 5: Bill Cosby arrives at the Montgomery County Courthouse before the opening of the sexual assault trial June 5, 2017, in Norristown, Pennsylvania. A former Temple University employee alleges that the entertainer drugged and molested her in 2004 at his home in suburban Philadelphia. More than 40 women have accused the 79-year-old entertainer of sexual assault. (Photo by Mark Makela/Getty Images)

Wolf’s order is only being extended to inmates who are considered to be “non-violent and who otherwise would be eligible for release within the next 9 months or who are considered at high risk for complications of coronavirus and are within 12 months of their release.”

But the 82-year-old is considered ineligible since he was convicted of “a crime of violence.”

In September 2018, Cosby was sentenced to three to 10 years for drugging and sexually assaulting Andrea Constand at his home outside Philadelphia in 2004. More than 60 women accused the actor of sexual misconduct.

“Mr. Cosby is not eligible under Gov. Wolf’s order since he was convicted of a violent offense (aggravated indecent assault) and was determined to be a Sexually Violent Predator,” a D.A.’s office spokesperson explained.

Thursday, Cosby’s publicist Andrew Wyatt released a rebuttal statement conceding that while those two factors make his client ineligible, other circumstances that would warrant a temporary release should be taken into account.

“What you heard is absolutely correct,” Wyatt said according to Deadline. “But, with the surge of the COVID-19 plague and its effects on the health of the elderly, people of color and the fact that Mr. Cosby doesn’t have the luxury of social distancing (due to his blindness) — makes him a candidate to be release and remanded to house arrest.”

As for next steps, Wyatt also clarified, “our legal team will not be filing a petition, until we see how Governor Wolf’s executive order will be implemented.”