In episode three of theGrio's flagship podcast, the author and mogul drops gems on overcoming obstacles and shifting them to your advantage 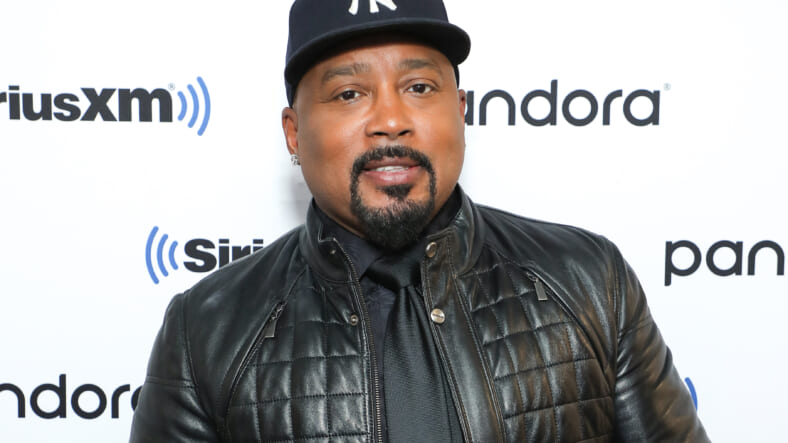 On the latest episode of theGrio’s flagship podcast, Dear Culture, author and mogul Daymond John dropped gems with hosts Natasha S. Alford and Gerren Keith Gaynor about overcoming obstacles and tapping into your own power.

“People don’t like being pigeonholed, but sometimes they allow other people to dictate their goals. And often, they don’t know why they’re doing it,” John says in the third episode “Power (and Purpose Moves).”

John opens up about his life in Queens growing up and learning how to co-manage his mother’s finances at a young age. From trial and practice came vision, and thus FUBU (which stands for For Us, By Us) was made. With one of the most legendary hustles in both Black and fashion history, John reflects with Dear Culture‘s hosts how knowledge became his way out of the pigeonholes placed by others and into social mobility.

The largest factor holding the collective uplift of Black peoples in the United States is: systematic and pervasive racism. Check the record, the stats and John don’t lie. Black Americans in this country often have to encounter and confront social and economic inequities and challenges at a higher rate. Though such forces work to stifle our collective mobility, our community is amazingly resilient, imaginative, and can create pathways out of any system. 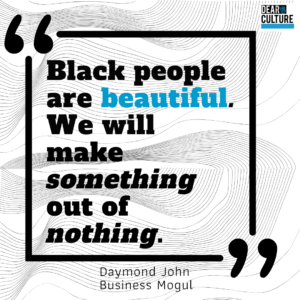 “We’re beautiful. And we will make something out of absolutely nothing. And we have the best energy in the world,” John adds.

The serial entrepreneur provides a three-step formula to success: take inventory of your time and purpose, gain financial intelligence, and, most important of all, maintain your relationships. With every success, there must be some “soul-searching” and “trust[ing] of your staff” and connections, John says.

John says he wishes finding success in business could be “warm and fuzzy,” but admits a lot of people “are going to fail and go by the wayside.” However, as Black people, when has our collective failure ever been an option?