T.I.’s stepdaughter calls him out on double standard: ‘The boys could just do whatever’

One of the rapper's kids says that she believes that he's too overprotective. 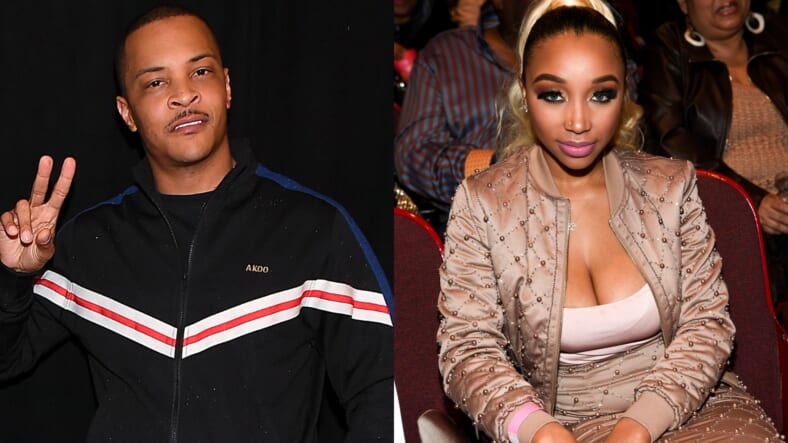 During the height of “hymen-gate,” rapper/reality star T.I. revealed he went along to daughter Deyjah Harris‘ GYN appointments to monitor her sexual activity. Critics accused the father of 7 of maintaining a double standard as he wasn’t as vigilant about his son’s sexual behavior.

Apparently, at least one of his kids, Zonnique Pullins, agrees.

During a recent interview with The Hollywood Life  Pullins keeps it real about what goes on in her family, specifically calling out the hypervigilant way her stepdad still watches over her now that she’s an adult.

“Now that I’m a little older it’s gotten a little better for me. But he is definitely super overprotective,” she explained, adding that she hopes he will loosen the reins with his youngest daughter, 4-year-old Heiress. “I just hope that Heiress doesn’t get it is as bad as me and Deyjah. I always think Heiress is going to have it the worst.”

“Since we were all younger he’s always been super protective over the girls. And it always seemed like the boys could just do whatever,” she continued. “My mom will always argue, like, you don’t care that the boys go on dates, you let their girlfriends come over. You know we meet their girlfriends, it’s all cool it’s like a regular thing. But you know, if I’m in a relationship and I bring my boyfriend over, the whole family has to talk to him. He has to go outside with Pops and have these hour-long conversations.”

“You know, this relationship is my most serious relationship like I actually live with my boyfriend now and stuff like that,” said the 24-year-old, who has been dating rapper Badhunta Izzy, 23, since 2018. “Both my parents actually seem to really like my boyfriend. But Pops still pretty much does the same thing,” she said.

“He still has to take him outside to talk for an hour or whatever. But I feel like my boyfriend now is kind of like his match. I feel like he sees a lot of his younger self in my boyfriend. So, even though he likes him, like he’s kind of always watching him with the side eye.”

same as any other day???

There certainly has not been the same kind of public scrutiny of any of T.I.’s four sons dating or sexual habits which does speak volumes. Maybe by the time Heiress is dating age, T.I. may feel differently.