Will Smith brought the Fresh Prince of Bel-Air cast all back together.

Fans of the popular 90s series continue to hope for a reboot but Smith gave them the next best thing as the cast of the show reunited for the two-part finale of his Snapchat show, Will At Home.

Part two is set for Thursday at 6 a.m. ET on Snapchat’s Discover page. It will include a special tribute to the late James Avery who played beloved patriarch Uncle Phil. Avery died in 2013.

During a teaser for the reunion, Smith shared why his character was named after him. It was Ribeiro’s idea because fans would always identify Smith with the character.

“It was such a deep insight that you had,” Smith said. ‘You said: “Because people are going to call you that for the rest of your life.”‘

“Any of you have a problem feeling stuck in the world expecting you to be your character?’ Smith asked his guests. 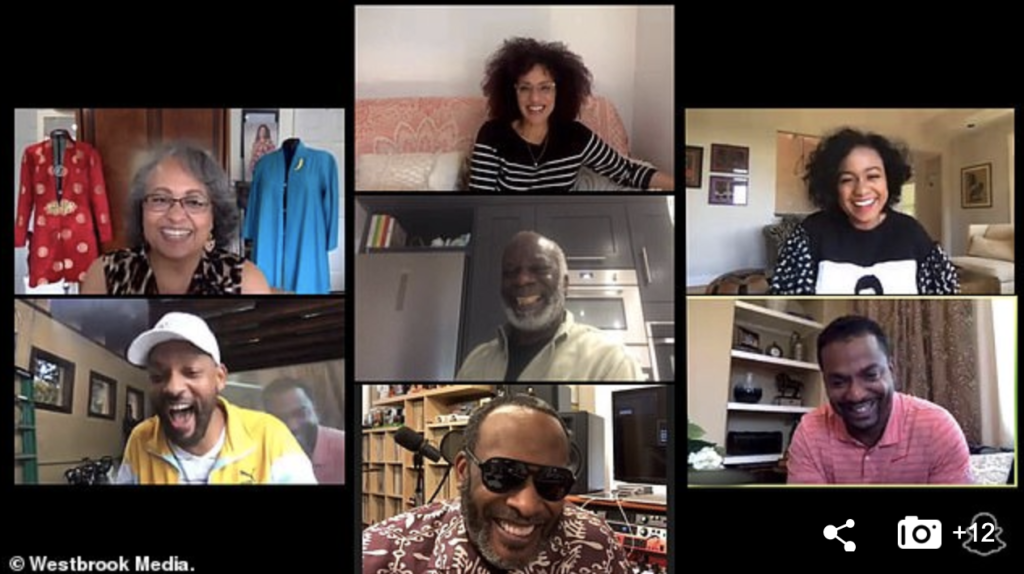 “I got really, really annoyed that everybody wanted to do the handshake,’ Jeff replied which caused his longtime friend Smith to laugh.

Jeff continued, “’You would see in people’s eyes when they were about to sneak the handshake and I would just grab their hand and hold it, so besides that I’m good.”

The reunion was done remotely as Smith and the others are still adhering to social distancing. There have been more than 1 million confirmed cases of COVID-19 according to NPR. Jeff was one of them, as he developed symptoms at the end of March and spent two weeks recovering. He developed double pneumonia but is now on the mend.

He told CNN that he believed he contracted the disease while in Idaho.

In an earlier episode of “Will from Home,” the Grammy winner and Smith’s collaborator described the pain he endured.

I came home from my trip. I was like, “I feel like I’m coming down with something” and got into bed, and I don’t remember the next 10 days,” Jeff said.

READ MORE: Will Smith says ‘I Am Legend’ is spreading myths about the coronavirus

“Unfortunately, people think we’re at the end [of the pandemic], and I think we’re really at the beginning,” he said.