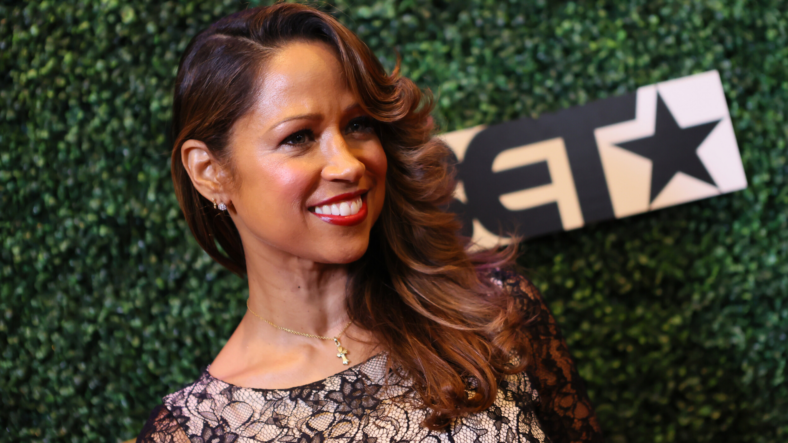 Actress and former Fox News contributor, Stacey Dash, has split from her lawyer husband after two years of marriage. She and Jeffrey Marty were married just 10 days after meeting each other in April 2018.

The 53-year-old actress confirmed the separation on social media where she said that she wished “the best,” for her estranged husband.

In an Instagram post, Dash said that “After much prayer, I feel this is the right path for both of us. I wish him nothing but the best. Thank you everyone for your support and respecting our privacy during this difficult time.“

Just seven months ago, Dash was arrested after a domestic violence incident where police alleged she pushed and slapped her husband. She was taken into custody for domestic battery, but the charges were dropped.

The marriage to Marty is the fourth for the actress who is best known for her portrayal of Dionne Davenport in the classic-90s film, Clueless.

After her acting career waned, Dash (whose cousin is Hip-Hop icon Damon Dash) became better known for her controversial politics. She was hired as a contributor for Fox News in 2014 to provide, “cultural analysis and commentary.”

Dash made a number of controversial remarks during her tenure at the conservative network including claiming that former President Barack Obama didn’t “give a sh*t” about terrorism. Dash made other statements like calling for the end of Black History Month and in an awkward appearance at the 88th Academy Awards in 2016, she claimed that she was the “new director” of the Academy of Motion Picture Arts and Sciences new “minority outreach program.”

The joke left the audience puzzled and she later published a blog post that she would “rather be a free thinking, black than a cookie cutter black who thinks — and votes — just like all my friends.”

Domestic violence is serious, and Dash and her husband as an interracial couple are a part of the fast-growing community to report “Intimate Partner Violence.” According to a report done by US National Library of Medicine National Institutes of Health, “Interracial couples represented as many as 17.9% of substantiated events, and these couples were 1.5 times more likely to mutually assault each other than ethnic minority couples and twice as likely as White couples to experience a mutual assault.”

Couples from mixed races are also more likely than couples of the same race to report an arrest, prior abuse, and a victim injury as a result of the current event.