Legal drama ‘All Rise’ adapts to pandemic for season finale

Simone Missick says she was exhausted after making her own adjustments to costume and sound, and converting her dining room into a court room.

Ryan Pearson, Associated Press   |
This image released by CBS shows Simone Missick in a scene from “All Rise.” (Monty Brinton/CBS via AP)

LOS ANGELES (AP) — The legal drama All Rise has become the first U.S. scripted television series to adapt to the pandemic by producing an episode remotely, enlisting its stars to work from home on their own makeup, set design and lighting.

Missick said she was exhausted at the end of each shooting day after making her own adjustments to costume and sound, converting her living room into an office and her dining room into a court room.

“I did pick up new skills. I think that I could be a location scout-slash-set design coordinator. I don’t need to lead the department, but I could be in the background,” Missick laughed in a Zoom interview. “So if this acting stuff doesn’t work out, I could maybe pick up a career doing it virtually because that was the fun part.” 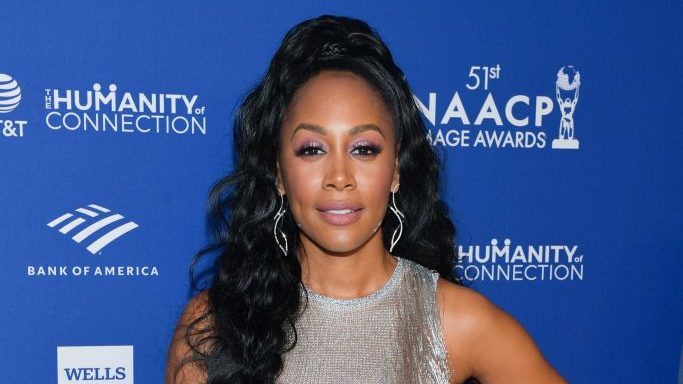 While most full-season shows cut production short due to stay-home orders, All Rise creator Greg Spottiswood said he realized that the dialogue-heavy nature of his show allowed for remote production. A key challenge — predicting how the legal world would adjust to the novel coronavirus, with prisons becoming outbreak hotspots and video chats replacing in-court hearings.

“The justice system needs to find a way to respond to this moment. Technology is one of the ways that they’re responding to it,” he said.

Spottiswood said producers paid the full crew, even those that weren’t able to work, for the episode. While the show could produce more episodes remotely in a second season if necessary, he’s anxious to get back to sets and real-world locations.

Missick said her mother-in-law in Atlanta had been hospitalized with COVID-19 for eight days, with symptoms serious enough to require a ventilator. She had fully recovered by the time Missick began shooting, but it brought the coronavirus crisis close to home for the 38-year-old actress.

In her downtime after production, Missick has enjoyed Hulu’s Little Fires Everywhere and the Netflix series Unorthodox. But she’s been struck by how far away from today’s reality the action on the screen can feel.

“Everything is BC. It’s ‘before coronavirus.’ You’re watching people — they’re in restaurants, they’re hugging each other. You’re like, ‘God, I remember what that was like.’ Now, I think every show that comes after is going to have to deal with what this pandemic is.”