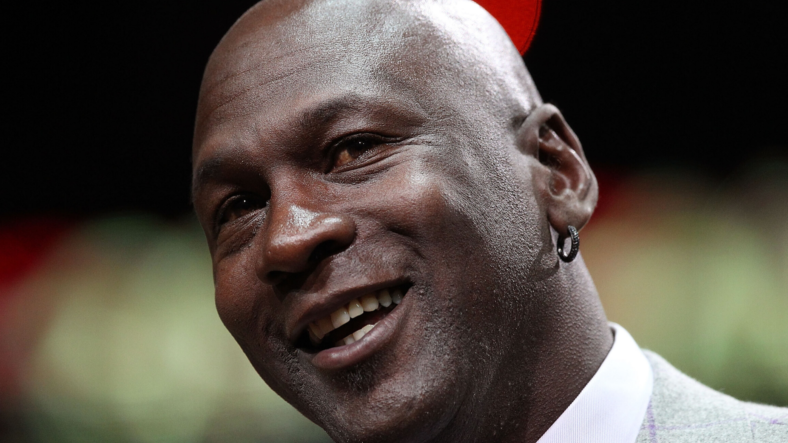 NBA legend Michael Jordan has long been criticized for the fact that he rarely took a stance on political topics.

In the documentary, The Last Dance, Jordan has taken the opportunity to address a number of his previous comments. Last night’s installment of the 10-part series on ESPN allowed him to clear up one of the most controversial statements attributed to the star: “Republicans buy sneakers too.”

READ MORE: Michael Jordan once turned down $100M deal because he&#8217;d have to appear at a two-hour event

In the documentary, Jordan said that he didn’t feel the statement needed to be cleared up saying, “I said it in jest on a bus with Horace Grant and Scottie Pippen — it was thrown off the cuff.”

The backstory behind the statement pointed to Jordan’s participation (or lack thereof) in the U.S. Senate race in North Carolina between Jesse Helms and Harvey Gantt.

Gantt was Charlotte’s first Black mayor and held office from 1983-87. He ran against Helms in 1990 for the U.S. Senate seat which Helms had held since 1973. Helms was known for virulent racist claims such as advocating for the segregation of schools and against the creation of a national holiday honoring Martin Luther King, Jr.

Helms defeated Gantt that year and again in 1996. However, it was the 1990 race that cemented the perception of Jordan as anti-political. Gantt lost the race by a slim margin of 53 to 47 percent, and many believed that Jordan, as a favorite son of North Carolina could have influenced the race.

On ESPN’s morning sports-oriented talk show, First Take, Stephen A. Smith noted that back when the statement was made, Blacks were disappointed in Jordan for not supporting Gantt.

He continued, “Jesse Helms represented something very different to us,” calling the Republican “reprehensible.”

Smith then reminded the panel of commentators that in 1990 the athlete as a man of color had to be incredibly careful about making decisions, else he would be judged more harshly by the public that still fostered embedded negative racial ideas about Black men.

In the 1995 book, Second Coming, about Jordan’s career with the NBA-author Sam Smith attributed the quote to Jordan saying:

“Gantt had hoped that Jordan’s name would help him defeat Helms, widely regarded as a virulent racist. But Jordan declined. He wasn’t into politics, he explained, didn’t really know the issues. And, as he later told a friend, ‘Republicans buy shoes, too.’”

While he did not endorse Gantt, Jordan did contribute to his campaign.

While Jordan has long been known to stay out of politics, the star did stand against police violence in 2016, saying: “As a proud American, a father who lost his own dad in a senseless act of violence, and a Black man, I have been deeply troubled by the deaths of African-Americans at the hands of law enforcement and angered by the cowardly and hateful targeting and killing of police officers.”

Jordan later contributed $1 million each to the Institute for Community-Police Relations and the NAACP Legal Defense Fund.