Russell Simmons defends dating Kimora Lee Simmons as a teen: ‘She was legal’

Def Jam founder and hip hop mogul Russell Simmons is currently facing several accusations of sexual assault, including rape. As a result, his relationships with women have been re-examined, including his May-December marriage to model/entrepreneur Kimora Lee Simmons.

Case in point: earlier this week Simmons posted a throwback picture of him and his ex-wife, wishing her a happy birthday. And amidst a sea of well wishes, one particularly bold follower questioned whether Simmons started dating Kimora while she was still a teenager.

And that’s when things got interesting.

According to The Jasmine Brand, in a since-deleted comment caught via screenshot Simmons responded, “I never do this but…. That’s not true… She turned 18 right after i met her February fashion week Tyra banks (our bridesmaid) Cindy Crawford Naomi were all backstage at the Mary McFadden show they said i was a modelizer and that i wasn’t gonna stick around… i think that may have inspired her.” 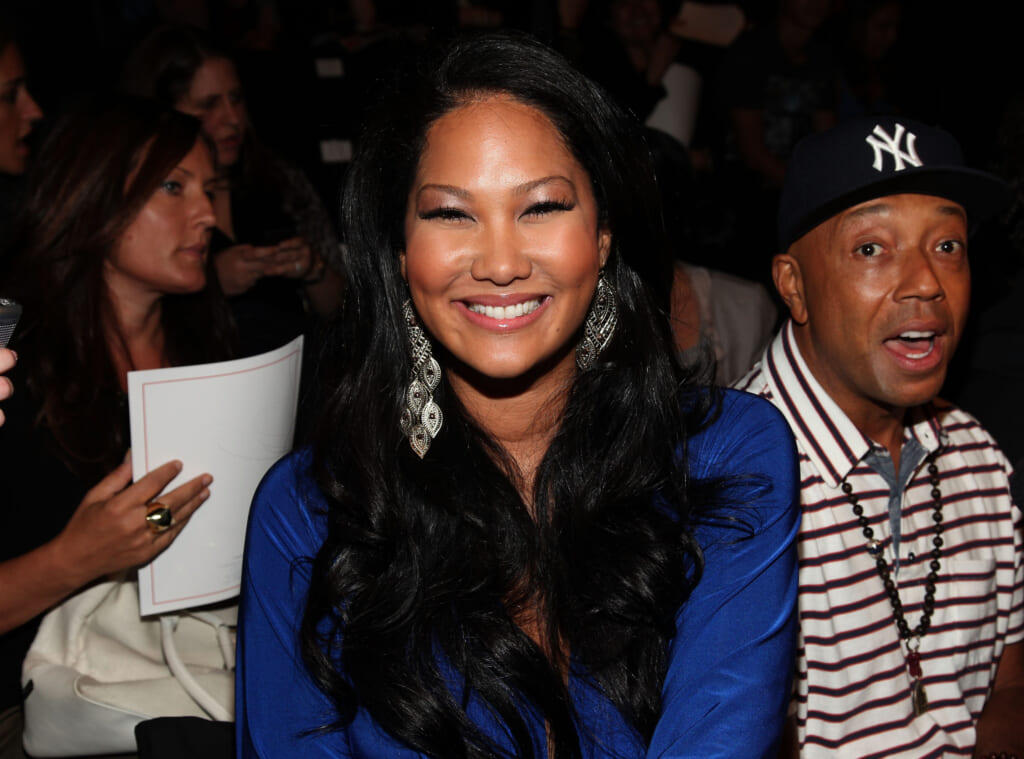 Russell and Kimora Lee Simmons in 2010. (Photo by Donald Bowers/Getty Images for Starbucks)

“We got to know each other by May we were dating. She was legal at 17 But she turned 18 that may her mother and her manager Bethann Hardison approved supported and Rushed us (we really didn’t need a push) and the love affair began People like to talk every so often i loose my cool and talk back so take this advice  Be happy and share happiness… try to think uplifting thoughts and keep learning to practice love… that’s our goal… oh and celebrate the queen @kimoraleesimmons”

Happy birthday @kimoraleesimmons Wow time flys ..here u are a lifetime ago (like yesterday ) ..We have been through so much and have always come out greater on the other end ./.the Eyes behind the Eyes are the same . And your beautiful spirit has remained pure , You are the same, but wiser … you have guided so many people toward happier and healthier lives .. while creating the most beautiful smart and accomplished children. Whatever generational curses we had are erased and non existent in our children ..due to your courage and heart… God certainly blessed all of us with your presence thanking you 1000000 times for your intervention in my life ❤️