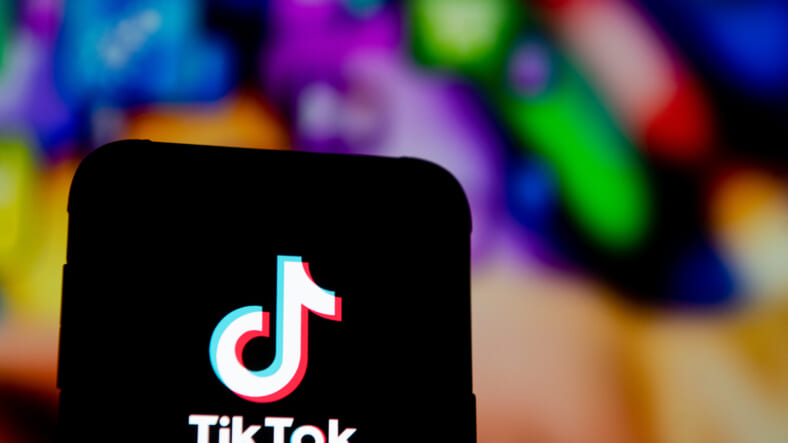 In this photo illustration a TikTok logo seen displayed on a smartphone. (Photo Illustration by Mateusz Slodkowski/SOPA Images/LightRocket via Getty Images)

It’s no secret that TikTok has become as commonplace as the terms quarantine and social distancing during our new “normal,” but it’s a pleasant surprise to see the app’s melanin rich stars receive their flowers.

Despite being trendsetters, the fact is Black creators are notoriously shut out of the social media market, but a tide turn is taking place with TikTokers. Case in point, Tabitha Brown, a recent CAA (Creative Artists Agency) signee. This 41-year-old Black woman is cooking up soulful vegan dishes to the tune of her soothing voice and proving that you can break into the space if you’re not a white Gen Zers.

“It goes to show people that if you have the right content, they will watch,” says Gigi Harville, an entertainment and social media talent manager who specializes in TikTok stardom. “She did [build her TikTok following] in less than two months. How many people can say they have got two million in less than two months? So then we have to ask what limitations are we really putting on ourselves because that’s a Black 41-year-old woman.”

She continues, “They’re going to give that woman a cooking show, believe that. I could see her on the Food Network. She speaks to a wide audience and different age brackets. That content is not out there. She’s a Black chef showing folks how to eat good if you have high blood pressure or if you’re missing fried fish, here’s how to get it with mushrooms. As people of color, we need that.”

Like Tabitha’s now 2.5 million followers and counting, Harville is a fan of her Southern twang, comedic relief, signature catchphrase “But that’s your business” and, of course, her unexpectedly healthy meals that got her 70-something father to eat vegan.

Harville is CEO of the The Paul Harville Group, which represents today’s leading TikTok stars. She comes from a singer-songwriter background and morphed her career into a machine that develops talent for longevity, not just to keep up with the next TikTok challenge.

“When I first graduated, there wasn’t that many lanes or opportunities for us,” Harville dishes. “We had to kind of figure it out, especially for female Black artists. So, I said when I started working with a lot of these young kids that I was going to help them do it.”

After an hour-long conversation with the star maker that starts to feel like a self-help seminar, I’m sold that it starts with owning your power—especially if you’re TikToking while Black.

“We’ve known since the beginning of time that we’re trendsetters. It’s not just on an app. Now what I instill in our clients is to never let that be a limitation,” she explains. “Don’t let that be a deciding factor. We fight for it. I’m a firm believer in ‘Let me through the door or I’m going to bust it in’. And that’s the mentality we have. A lot of stuff our clients have done are things that people wouldn’t even imagine.” 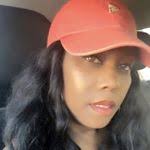 Gigi Harville is pictured in an undated photo.

As cliché as all this may sound, she has concrete examples. She represents her son, 18-year-old singer Bryce Xavier who currently boasts 2.6 million followers on TikTok and has racked up an impressive list of recognition. Xavier sat alongside Instagram’s CEO at the launch of IGTV, had his own clothing line at Target, was previously a guest on the Today Show, and most recently was a speaker at TikTok’s first #MakeBlackHistory Creator Summit this February.

“Those barriers are there, no doubt. But for me, I decide that I don’t have to accept it,” says Harville. “We don’t have to.”

So how do you make a name for yourself without experiencing what I call a “creative jacking”? Well, once you’ve established a niche and consistency with your content, Harville says all that’s left to do is be genuine and the fans will not only follow, they will back you up.

“One of our girls [in Pynk Le’Monade] Sydney Bourne came out with a dance to a DJ mix. And as of now, there are currently 4.1 million videos done to that dance that she did to a mix,” says Harville. “Another White creator who is very popular did the dance and did not give her credit. Mind you, sometimes by the time it gets to some of these creators, they don’t know who created it. Your fanbase will let them know though. And a lot of these kids did.”

After fans blew up the other TikToker’s comments by tagging Bourne, the other TikToker eventually acknowledged her as the original choreographer. And when all else fails: “You’re so powerful that people feel they need to take from you. That’s phenomenal. Make something better. Surpass that. Let them see. Let them catch up.”

Companies are playing catch up too after seeing that the power of Black creators is lucrative for everyone.

At the time of this interview, the Yike Or Die Remix by DŸLN is already up to 2 million streams on Spotify because of the dance. The money comes in from multiple sources. It may be the music labels or it could be from using a product.

“It’s like a TV commercial. Wherever [brands] feel that their audience is going to be, there’s going to be someone that’s going try to sell something,” Harville explains.

And while some companies’ efforts may be somewhat disingenuous, Gigi advises to take the win and certainly take the money, because it’s a step. It’s a step for more Tabitha Browns. It’s a step for the credibility of other Sydeny Bournes. It’s a step to get more Bryce Xaviers a seat at the table. It’s her way of staying in the fight.

It was clear from the jump Harville is rooting for everybody Black, but she makes sure to note before our conversation ends that there’s others like her on the inside working to give creators of color a fighting chance. She brings up Kudzi Chikumbu, the director of creator community at TikTok, a Black man and the driving force behind the aforementioned Black History Month convention, the first of its kind for TikTok. Indian and Latinx TikTok team members were also instrumental in making sure that all were represented at the event.

“If that means these Black creators and people of color are winning in the process, I’m here for it! You’ve got to understand that you’re worth millions.”