OPINION: As a Black gay man, the Rock and Roll Hall of Famer's death engenders a range of other emotions for Shaun R. Harper 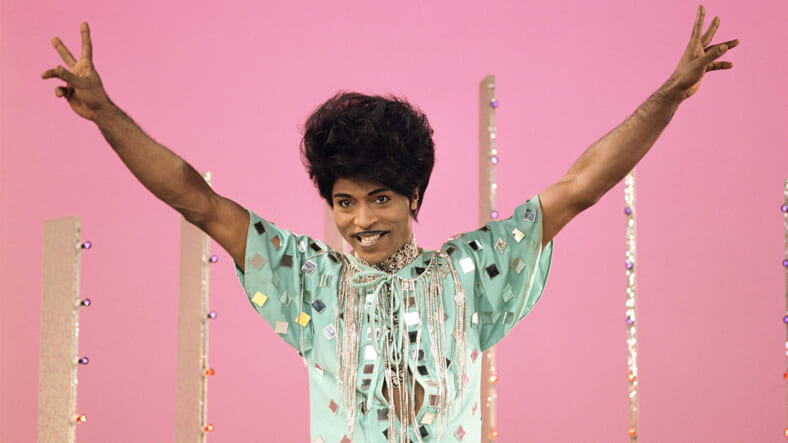 I woke up last Saturday morning to news of Little Richard’s death. Although none of the 8,000 songs in my digital music library are his, I feel an enormous sense of appreciation for his musical contributions.

I cannot seem to stop chanting, “A-wop-bop-a-loo-bop, A-lop-bam-boom.” Given how little I know about the fullness of his music catalog, I cannot claim to be a fan. Nonetheless, I deeply respect how Little Richard influenced music.

His 1986 induction into the Rock and Roll Hall of Fame, 1990 star on the Hollywood Walk of Fame, and 1993 Grammy Lifetime Achievement Award are just three of numerous honors that confirm his iconic stature in the music industry. 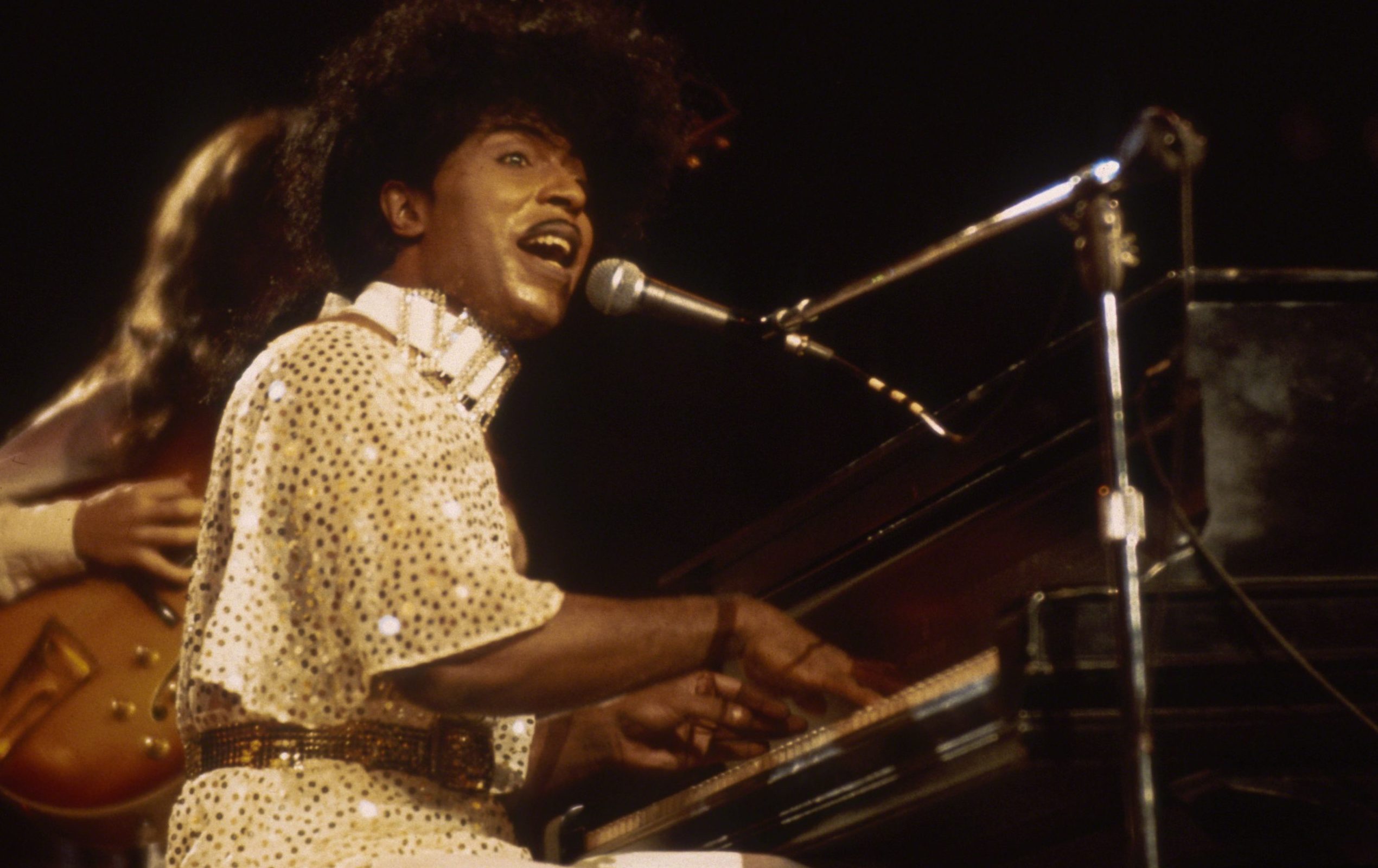 Little Richard in concert circa 1985. (Photo by Jerry Wachter/IMAGES/Getty Images)

As a Black man from Georgia, Little Richard’s birthplace, I am especially proud of the legacy he leaves behind. But as a Black gay man, his death engenders for me a range of other emotions.

One of them is embarrassment.

As a young boy, I knew I was gay. Growing up in the rural South, I did not have access to Black men who were gay and out. There were no role models. For me, Little Richard definitely was not it. I vividly remember seeing him on TV. I did not know what kind of gay adult man I eventually wanted to become, but I knew for sure that Little Richard was the antithesis of it.

He was too flamboyant. I thought it ridiculous that he wore so much eyeliner, that he had permed hair, and that he appeared incapable of speaking without inserting at least one seemingly unnecessary “shut up!”

Little Richard embodied almost everything my Christian family and others around me insisted Black men should not be – gay, feminine, loud, and proudly outrageous. Hence, I was embarrassed by him and wanted no association with the version of gay he represented. Four decades later, I am now embarrassed that I felt that way.

Some other Black gay boys and men undoubtedly had a different appraisal of Little Richard’s presentation and approach. Surely, seeing him on TV affirmed them. They likely viewed him as a role model. While these were not my feelings, I now appreciate that Little Richard inspired others like me, like us. 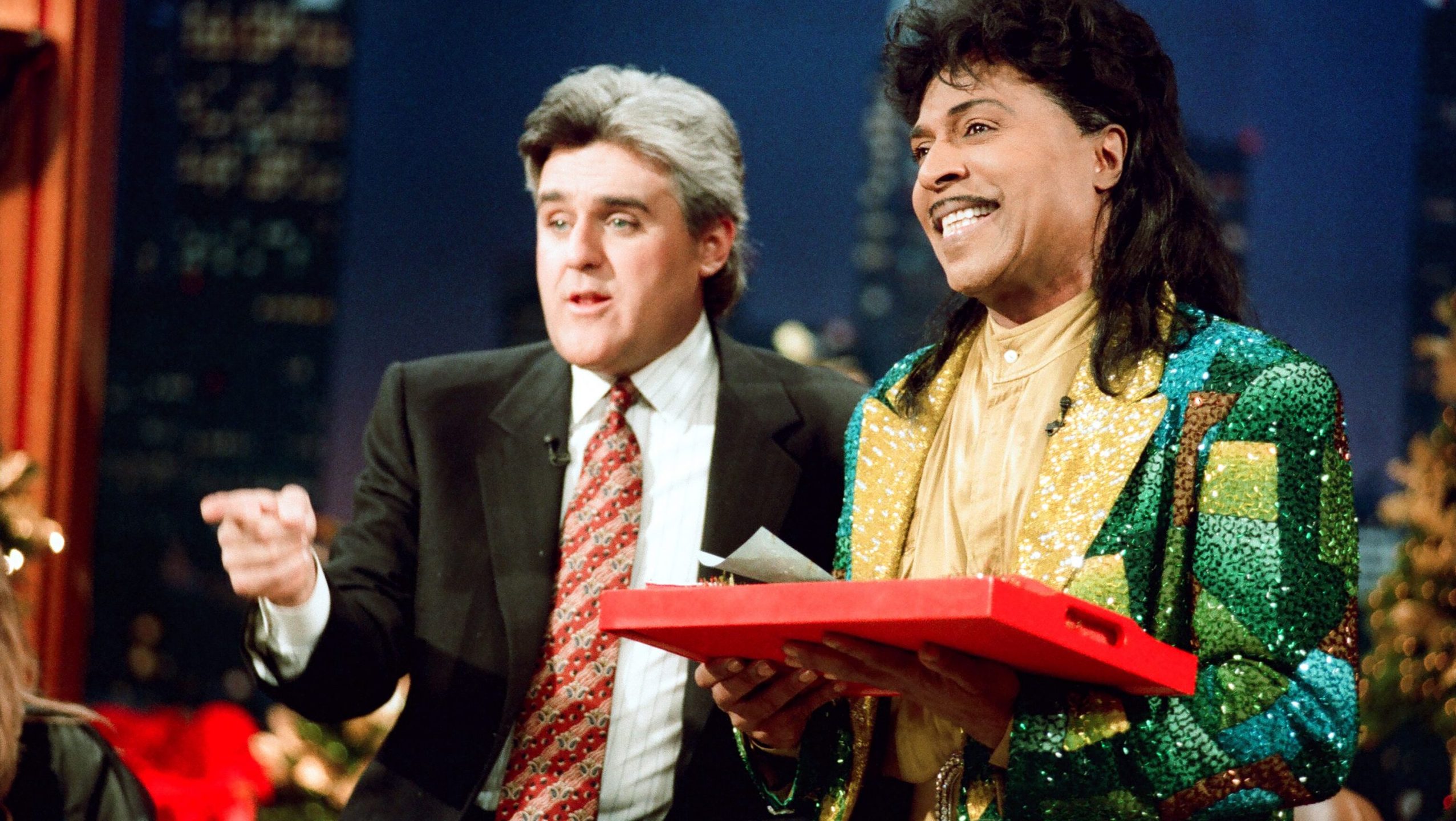 It was always clear to me that he had earned the respect of people who were not gay. I often saw him on TV performing or interacting with celebrities whom I greatly admired. It surprised me that they seemed to be perfectly comfortable with a man who was so extravagantly gay. In fact, they obviously respected and loved him. This confused me, again, because he represented a caricature of myself that I had been taught to hate and suppress. I later discovered that Little Richard had some of these same feelings about himself and other gay and lesbian people.

As a teenager, Little Richard was kicked out of his home because he was gay. Despite this experience, the music legend sometimes spoke disparagingly about homosexuality. “Contagious” is how he characterized it in “The Life and Times of Little Richard,” a biography published in 1984.

Also, the Advocate reports that Little Richard made these statements in the 1980s: “If your brother is a homosexual, you must protect your little boy from him. Homosexuals are sick. And lesbians are sick too. What real woman would want another woman to touch her? She’d feel like something was crawling on her.”

It might surprise some people that a celebrity who was so obviously gay would say something so homophobic. I am not surprised because Christianity, homophobia, and transphobia usually converge in disorienting ways. Like me, Little Richard was a deeply religious man. He once discontinued show business to become an ordained minister and evangelist. Gospel music had very much informed his distinctive approach to rock and roll. 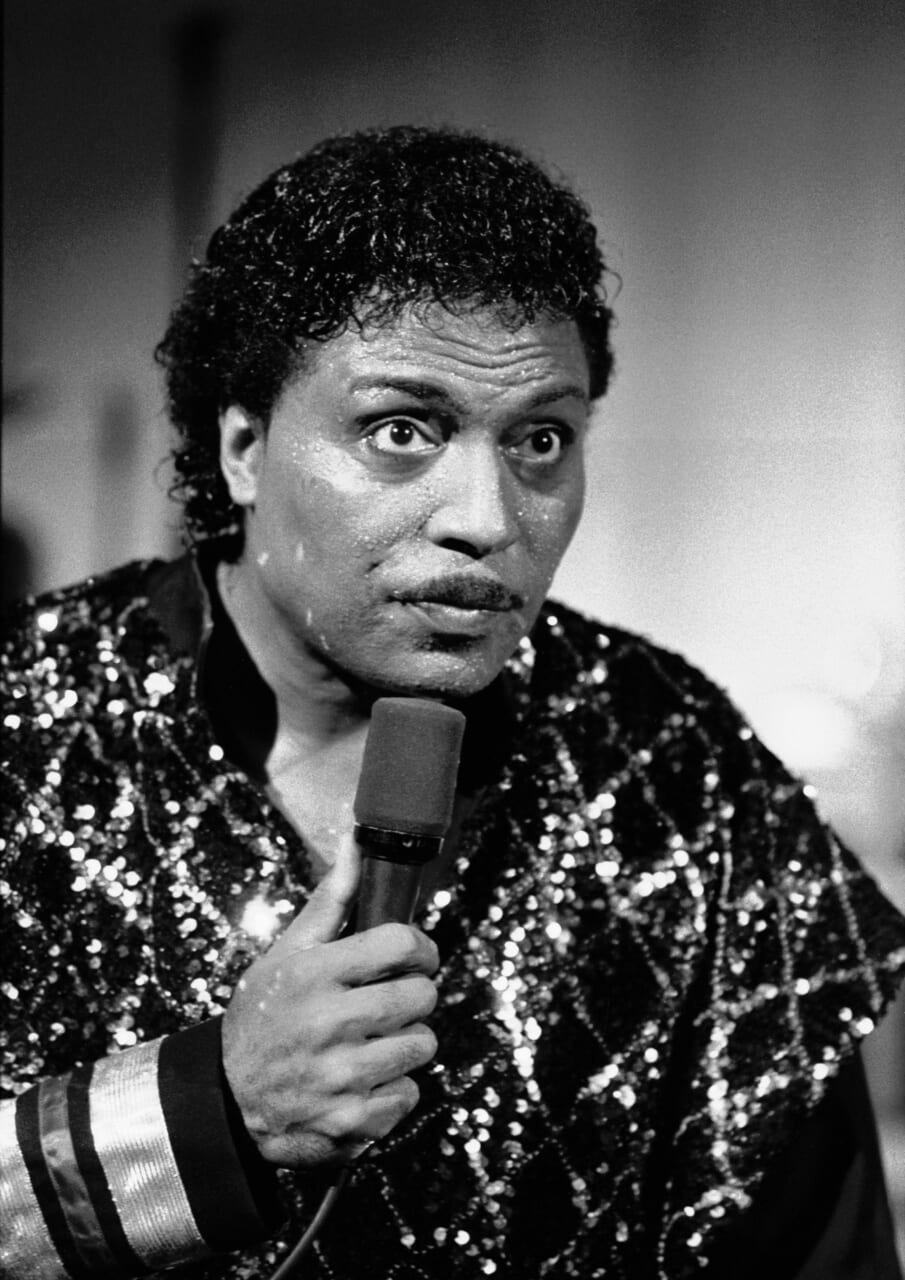 Rock and roll pioneer Little Richard (Richard Penniman) preaches to a small group in a church in Brunswick, Georgia, in 1985. In the early 1980’s, the legendary singer turned his back on popular secular music and evangelized throughout the country at “Little Richard Experience” programs, mostly in small rural churches. (Photo by Robert Alexander/Archive Photos/Getty Images)

Little Richard’s perspectives on homosexuality evolved over time. He declared the following in this 2012 interview for GQ: “We are all both male and female. Sex to me is like a smorgasbord. Whatever I feel like, I go for… what kind of sexual am I? I am omnisexual.”

But five years later in this televised interview on Three Angels, a Christian network, he deemed homosexuality “unnatural affection” and proclaimed that “God, Jesus made men men. He made women women.” Little Richard was 84 years old at that time.

It seems that a megastar his age would have resolved the tension between sexuality and religion. He had not. Few people — gay or otherwise — know this about him. Therefore, they will continue to be inspired by the Little Richard who for many years was the only out gay Black man they saw on TV. Some 40 years later, I am now one of those people.

Occasional homophobic and transphobic statements will not be what most of us recall about Little Richard. Instead, extraordinary musical contributions and a bold, one-of-a-kind personal style will forever sustain his legacy. “A-wop-bop-a-loo-bop, A-lop-bam-boom” are famous words of his that will be long remembered. I am proud that another Black gay man from Georgia inspired so many people and so profoundly impacted music. 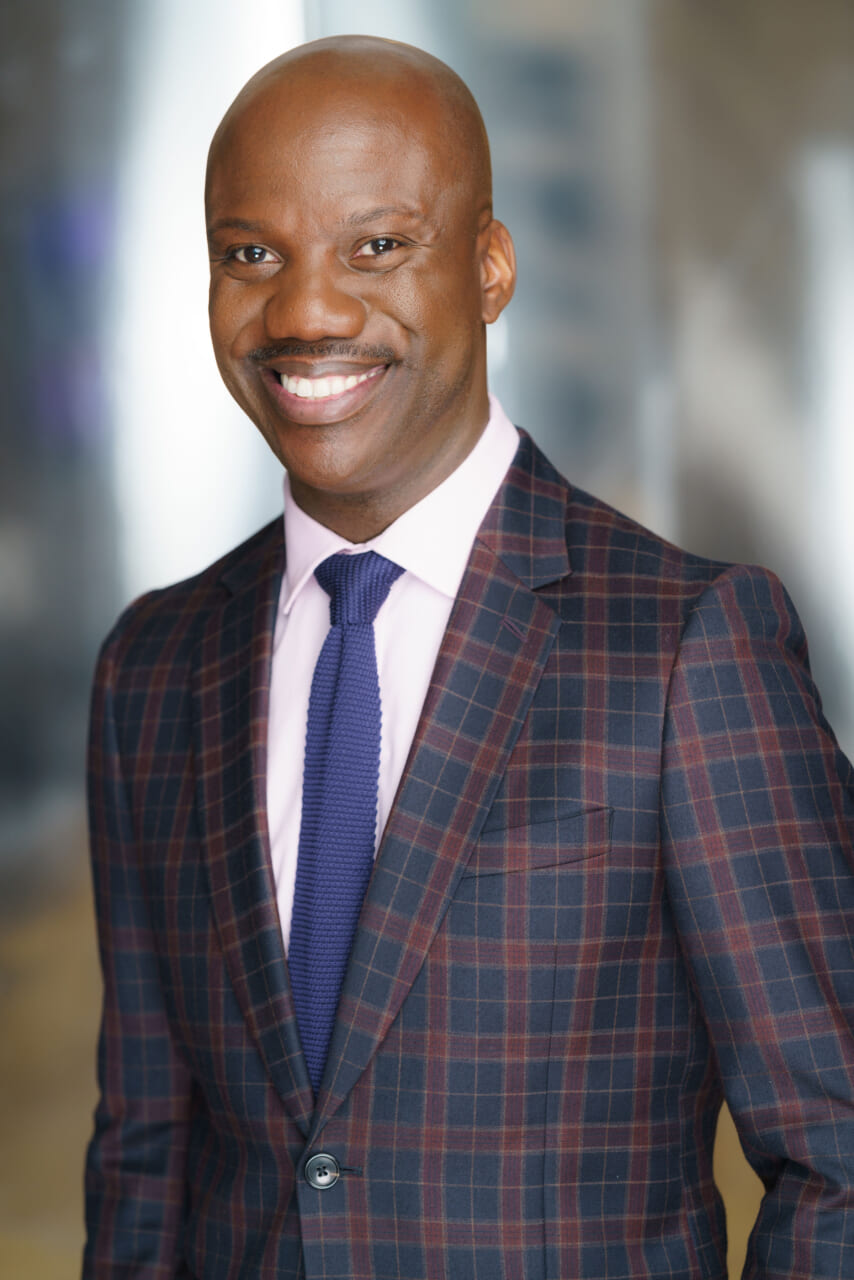 Shaun R. Harper is a professor at the University of Southern California and executive director of the USC Race and Equity Center.