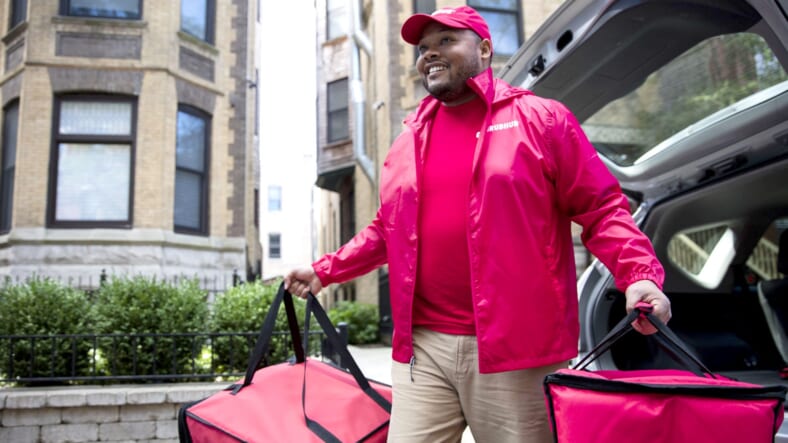 Chicago police say a Grubhub driver has turned himself in after he allegedly ran over a restaurant employee during an argument about social distancing.

According to TMZ, Friday evening, Angenita Tanner, the owner of Ms. T’s Southern Fried Chicken on Chicago’s northside, was captured on video arguing with a Grubhub driver after she and her employees had chastised him inside the restaurant for refusing to follow social distancing directions.

READ MORE: Bronx man’s mother shows him no mercy after arrest for quarantine violation in Hawaii

Tanner says when the driver – who was later identified by authorities as 30-year-old Aamir Mohammed – showed up to pick up an order for a Grubhub customer, he was informed he had to wait outside because her restaurant was only allowing one person inside at a time.

Most patrons accepted that this rule was being enforced due to health concerns sparked by the coronavirus pandemic, but Mohammed reportedly became irate, kicking the door and storming out before causing a ruckus outside.

The incident, which involved both Tanner and her 24-year-old daughter, Bijan Early, was partially captured on video by a third employee. The trio made it a point to get his license plate number before he drove off.

The video cuts out just as Mohammed is seen accelerating and hitting Early. She told police the car completely ran her over, sending her to the hospital with serious injuries.

Although Early is set to make a full recovery, she suffered multiple broken bones and had to go into surgery.

After turning himself in, Mohammed was booked in connection to the hit-and-run captured on video and is now facing a bevy of criminal charges including two counts of aggravated battery (while using a deadly weapon and causing great bodily harm, respectively), one felony count of failure to report an accident/injury, a misdemeanor count of leaving the scene and one last misdemeanor count of driving with a never-issued license.