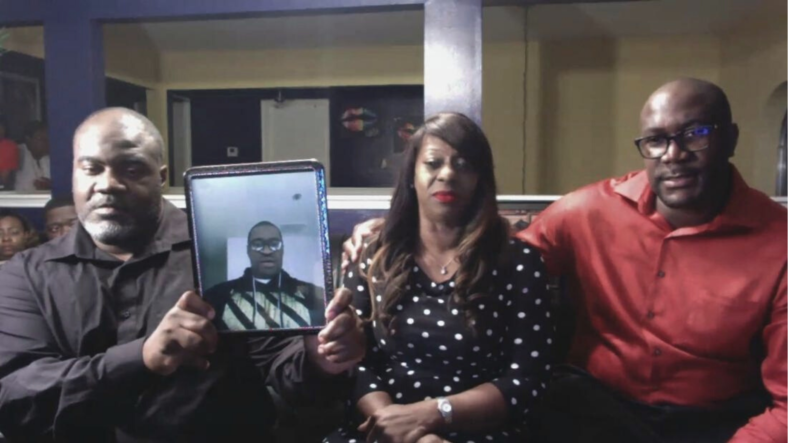 Screenshot of George Floyd's Family from their appearance on CNN

In an interview with CNN’s Don Lemon, family members of George Floyd stated that they want the officers involved in his death charged with murder.

“They need to be charged with murder because what they did was murder,” Floyd’s cousin, Tera Brown told CNN. “And almost the whole world has witnessed that because somebody was gracious enough to record it.”

Brown was flanked by Floyd’s two brothers, Rodney Floyd and Philonise Floyd. The men were tearful as they described their brother as a “gentle giant.”

“Knowing my brother is to love my brother,” Philonise Floyd said. “They could have tased him; they could have maced him. Instead, they put their knee in his neck and just sat on him and then carried on.”

Four officers involved in the incident that resulted in Floyd’s death were all fired from the Minneapolis Police Department the very next day. However, the Floyd family says them losing their jobs is not enough.

Screenshot from an additional video of officers arresting George Floyd and him not resisting them.

“They took a life, now they deserve life,” Philonise Floyd told Lemon, “I don’t feel sorry for them. They hurt me, they hurt my family … I can’t get my brother back.” He goes on to say that if any of the officers had lost their lives in the way that George Floyd did, that their families would want justice as well.

“They treated him worse than they treat animals,” he said.

After the firing of the officers, the mayor of Minneapolis, Jacob Frey, offered condolences to the family saying what happened was “utterly messed up.”

“When you hear someone calling for help, you are supposed to help. This officer failed in the most basic human sense,” Frey said, “Being Black in America should not be a death sentence.”