Anonymous hackers vow to ‘expose the many crimes’ of Minneapolis police

The hacktivist group says that the department is being used to 'continue [elite's] global system of oppression.'

The hacktivist group Anonymous has reemerged with a new call-to-action, vowing to expose the Minneapolis Police Department amid widespread protesting over the death of George Floyd.

The hackers published a video on Thursday threatening to release information that would expose the Department’s “many crimes to the world.”

“Officers who kill people and commit other crimes need to be held accountable just like the rest of us,” a narrator said in the video, which was shared on Facebook and has been viewed more than 2 million times. “Otherwise, they will believe that they have a license to do whatever they want. People have had enough of this corruption and violence from an organization that promises to keep them safe.”

They continued, “After the events of the past few years, many people are beginning to learn that you are not here to save us but rather you are here to oppress us and carry out the will of the criminal ruling class. You are here to keep order for the people in control, not to provide safety for the people who are controlled. In fact, you are the very mechanism that elites use to continue their global system of oppression.” 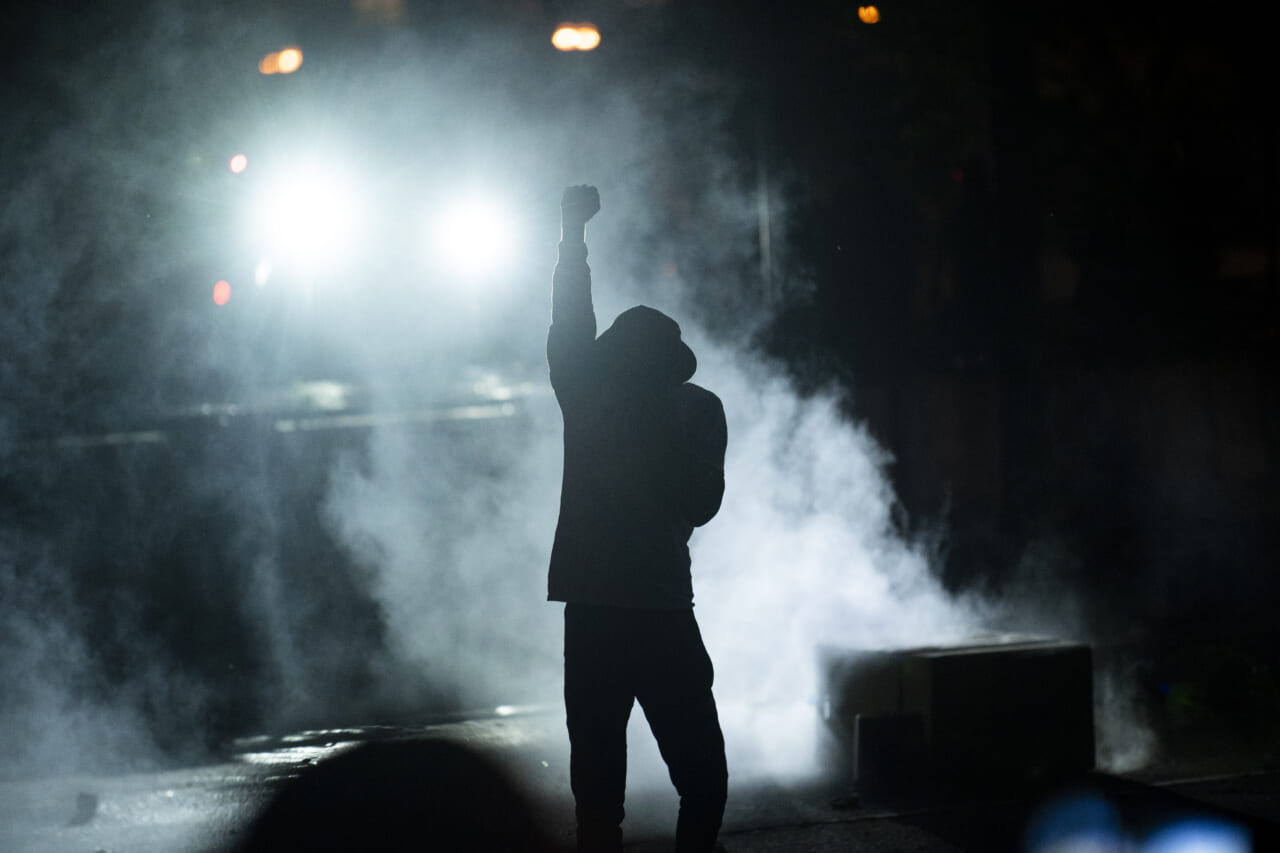 A protester holds up a fist in a cloud of tear gas outside the Third Police Precinct building on May 28, 2020 in Minneapolis, Minnesota. Police and protesters continued to clash for a third night after George Floyd was killed in police custody on Monday. (Photo by Stephen Maturen/Getty Images)

On Saturday, just a few days after the video was shared, the Minneapolis Police Department’s website was taken offline, with many crediting Anonymous for the scrubbing.

The group, which is known for its cyber attacks on governments, government institutions and government agencies, and corporations, has not taken credit for the take-down, but an account that claims to be affiliated with Anonymous did retweet the news on Twitter.

By Sunday, the website was functioning as normal, however, users were asked to complete a captcha to verify that they were not automated bots.

The United States has been met with civil unrest since Floyd was killed while in custody of Minneapolis police officers on May 25. Protests have erupted in major cities across the country as people fight for their rights and speak out against police brutality.

Some of the demonstrations have been overtaken by individuals who have burned cars and buildings, damaged property and taken things from local stores.