It is reported that almost 50 stories have been shut down since Memorial Day. 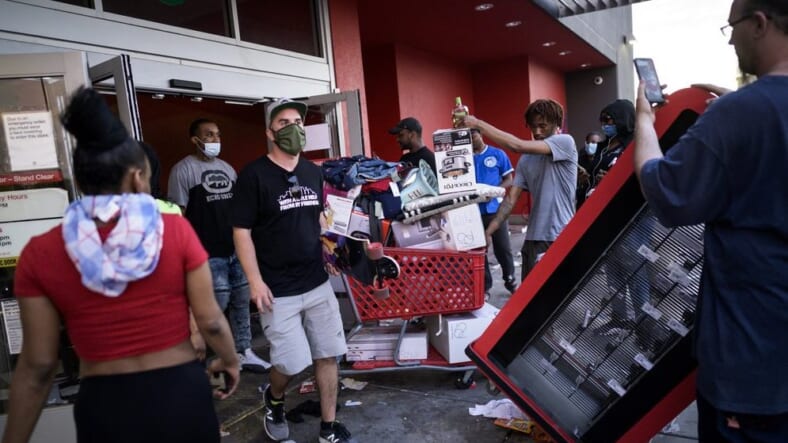 People get out of a Target store with merchandise, while protesters hold a rally for George Floyd in Minneapolis on Wednesday, May 27, 2020. (Aaron Lavinsky/Star Tribune via AP)

On New Year’s Eve, Target declared that 2020 was going to be their year. In fact, they believed that so much that their corporate communications team tweeted it out from their official blue-check profile.

Well, after this week, the retail chain deleted the post. Why? Cause clearly it is not.

Saturday, after multiple stores in Minneapolis and Oakland, were looted, set ablaze, and basically destroyed in response to the recent George Floyd police-inflicted death, the popular store deleted the optimistic forecast. 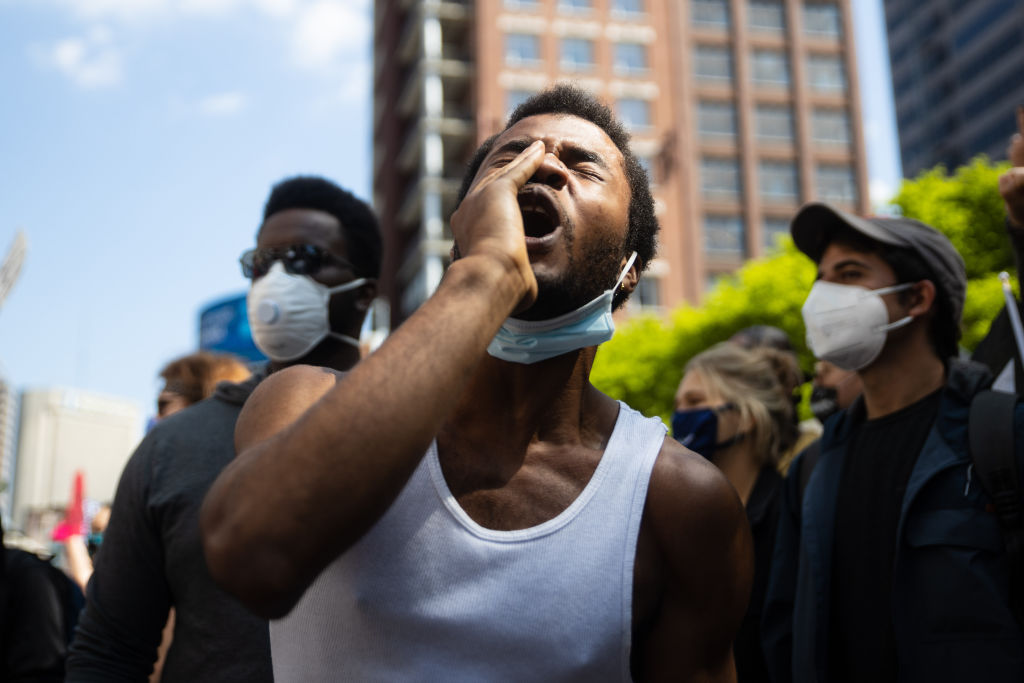 COLUMBUS, USA – MAY 30 : Protesters rally outside the state house on the fourth straight day of protests against the death of an unarmed black man who was killed as he was pinned down by a white Minneapolis, Minnesota police officer in Columbus, Ohio, United States on May 30, 2020. (Photo by Megan Jelinger/Anadolu Agency via Getty Images)

Customers, Walmart plants, and other social media trolls noticed quickly and dragged the company that helped to put Toys ‘R Us and FAO Schwartz out of business.

It is reported that almost 50 stories have been shut down since Memorial Day. Looters seem to have taken great joy grabbing clothes, toiletries, food, electronics, televisions, and even refrigerators in the riots. Cash registers have been broken and the new self-checkouts broken.

The scenes captured on videos are reminiscent of images one might expect from the Lost Boys from “Peter Pan,” Jack Merridew from “Lord of The Flies” and Max from “Where the Wild Things Are.”

While this is devastating, some people are still awesome. Look at what neighbors have done to rebuild their local Target.

the news won’t show you this so yk the target that was destroyed days ago? hundreds of people spent hours cleaning it up and they organized everything to donate it pic.twitter.com/w8enp1hv81

Some protestors in Brooklyn calling to loot the Target, but organizers are rushing in front of the store to stop them, keep things non-violent #nycprotest pic.twitter.com/6x70cpcjep

The corporate office communications arm, Target News, issued a statement, “We are heartbroken by the death of George Floyd and the pain it is causing our community. At this time, we have made the decision to close a number of our stores until further notice. Our focus will remain on our team members’ safety and helping our community heal.”

“We are a community in pain. That pain is not unique to the Twin Cities—it extends across America. And as a team we’ve vowed to face pain with purpose.” Read a note from Target CEO Brian Cornell: https://t.co/ZLzfPxj2DP. pic.twitter.com/hjGLSRW1qi

In a statement, CEO Brian Cornell got personal:

“We are a community in pain. That pain is not unique to the Twin Cities—it extends across America. The murder of George Floyd has unleashed the pent-up pain of years, as have the killings of Ahmaud Arbery and Breonna Taylor. We say their names and hold a too-long list of others in our hearts. As a Target team, we’ve huddled, we’ve consoled, we’ve witnessed horrific scenes similar to what’s playing out now and wept that not enough is changing. And as a team, we’ve vowed to face pain with purpose.”

He continued by speaking about how they plan to help people affected by the pandemic, and the pain exacerbated by the civil unrest.

“Every day, our team wakes up ready to help all families—and on the hardest days, we cling even more dearly to that purpose. As I write this, our merchant and distribution teams are preparing truckloads of first aid equipment and medicine, bottled water, baby formula, diapers, and other essentials, to help ensure that no one within the areas of heaviest damage and demonstration is cut off from needed supplies.”

But even as the store is serving the community, they too are feeling the pain intimately.

“Our store and HR teams are working with all of our displaced team members, including the more than 200 team members from our Lake Street store in Minneapolis. We will make sure they have their full pay and benefits in the coming weeks, as well as access to other resources and opportunities within Target.” 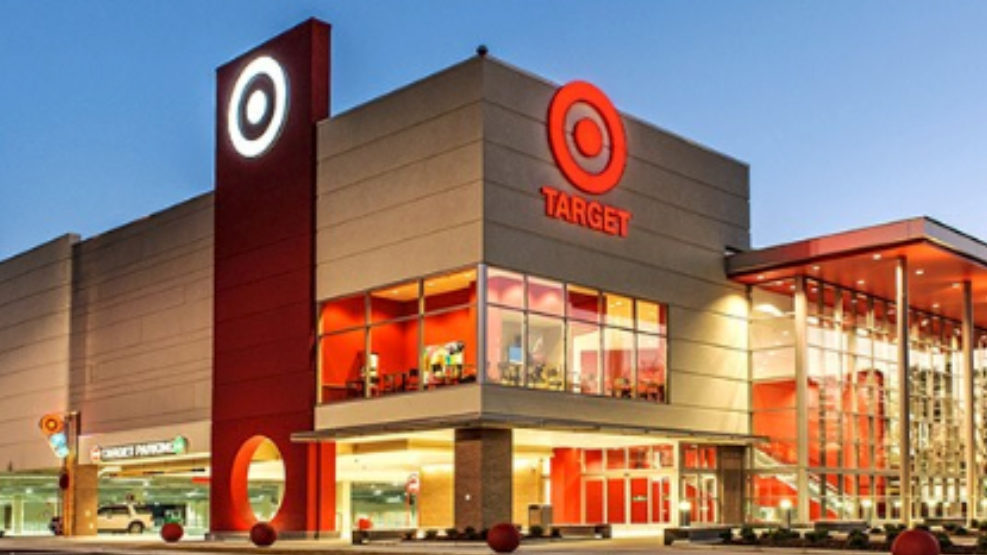 Cornell continues, “We’ll continue to invest in this vibrant crossroads of the Seward, Longfellow, Phillips, and Powderhorn communities, preserving jobs and economic opportunity by rebuilding and bringing back the store that has served as a community resource since 1976. In any of our other locations that are damaged or at risk, the safety and well-being of our team, guests, and the surrounding community will continue to be our paramount priority.”

It has been difficult 2020 for Target workers (who on average make $12.34 an hour) and are experiencing extreme trauma, displacement, and illness. But even with those stores failing and the people are struggling, the company is corporately is thriving.

According to The Motley Fool, Target reported positive earnings during its 2020 first quarter, which ended May 2nd. The growth is attributed to the COVID-19 pandemic that puts customers in the United States in a precarious position to stock up on “stock up on staple food and grocery products.”

Cornell and his team told investors at the top of the month that they expected sales to keep going up based on how the Target team executes their plans throughout the rest of the pandemic.

Unfortunately, this was before Floyd’s murder and the world reacted.