L.A. Pride to march in solidarity with Black Lives Matter on June 14

The protest will follow the parade's usual route at 10 a.m., kicking off at Hollywood Boulevard and Highland Avenue in Los Angeles.

The coronavirus forced the annual L.A. Pride Parade to cancel the festivities this year, on what would have marked its 50th anniversary. Now, the organization behind the event, Christopher Street West, has announced that it will march in solidarity with the Black community on June 14.

“In 1970, we gathered on Hollywood Boulevard to protest police brutality and oppression to our community,” said Estevan Montemayor, the organization’s president. “We will do that again this year, where it began, in solidarity with Black Lives Matter.”

The protest will follow the parade’s usual route at 10 a.m. PST, kicking off at Hollywood Boulevard and Highland Avenue and through West Hollywood, ending at Santa Monica and San Vicente Boulevards.

“We encourage all community members who believe that we must root out this racial injustice and stand in solidarity with the black community and fight for real reform and change in this country on all levels of government to join us in this peaceful protest, in this march for justice,” Montemayor continued. 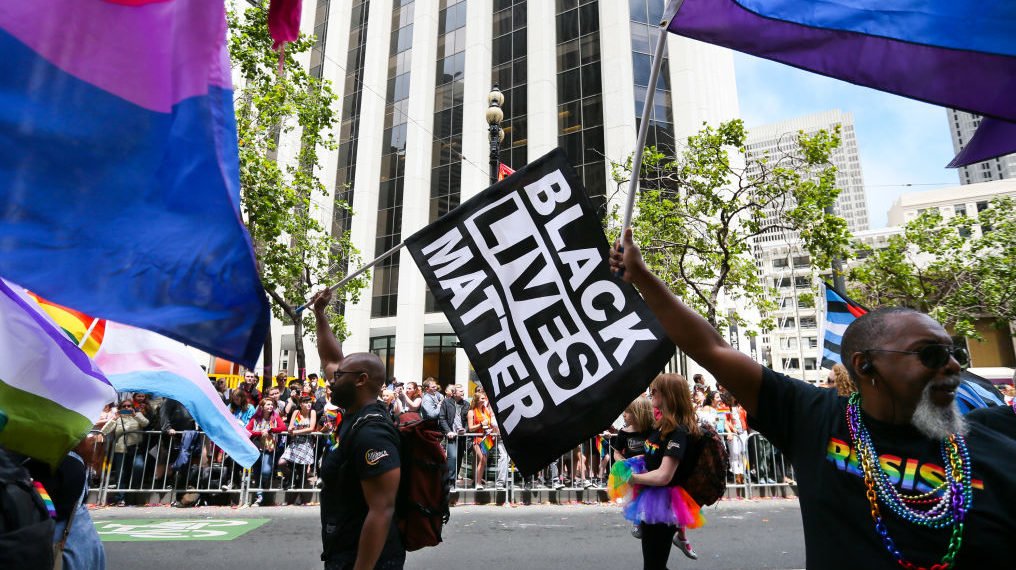 Montemayor said the work of people like Marsha P. Johnson and other members of the LGBTQ community, who fought back against police violence and oppression at Stonewall, inspired the decision.

“As a trans person, as a black woman, as a member of this community, she had to deal with oppression on many fronts,” Montemayor said. “I think it is our imperative to continue to fight the injustice and the oppression that we are currently witnessing.”

The organization has advised participants to keep social distancing guidelines in mind and protect themselves against the spread of COVID-19.
“We have been told that it is safer at home — and that is absolutely true; it is safer at home during this health pandemic — and that unless it is absolutely necessary you should not leave your home,” Montemayor said. “But as we reflect on what is occurring, I think it is very fair to say that it is absolutely necessary that we leave our homes and speak loudly and clearly about this injustice and peacefully protest.”