Latino leaders in Chicago are calling for a truce after it was reported that Black residents were being attacked in some Latino neighborhoods by local gang members who’ve allegedly offered to help police deter protestors.

Sunday, four Black women and a child were reportedly driving through the Little Village area when their car was struck three times with bat as men stood in the street. In the Facebook video of the incident, another car can be seen burning in the background. 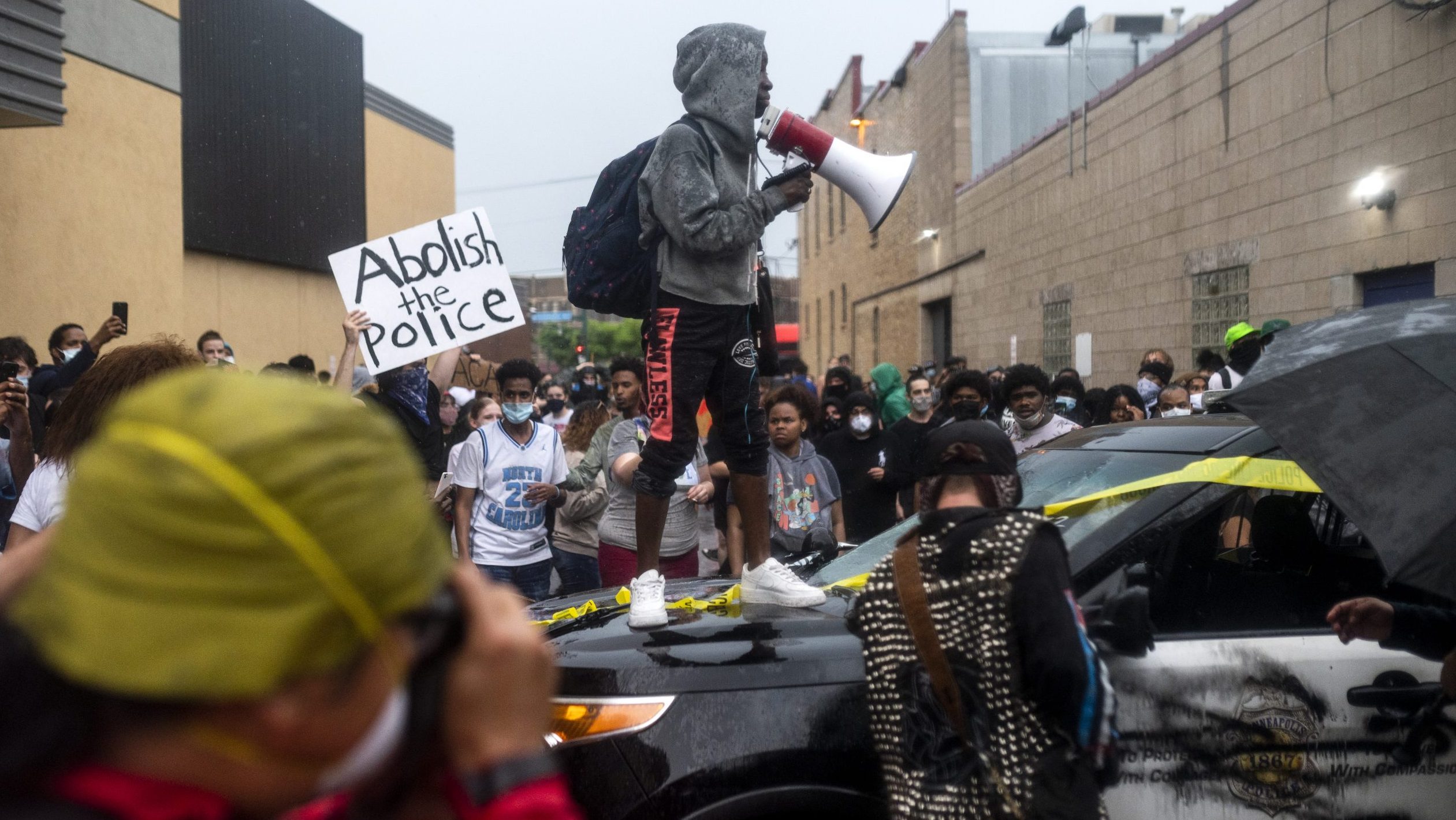 Protesters demonstrate against the death of George Floyd outside the 3rd Precinct Police Precinct on May 26, 2020 in Minneapolis, Minnesota. (Photo by Stephen Maturen/Getty Images)

Another witness video shared on Twitter shows Latino men standing at the corner of Kedzie and Cermak with baseball bats as they throwing bricks at cars driving by. Monday evening, yet another Facebook video showed a group of people with bats and metal pipes gathering near the intersection.

“Non-Black, Latinx gangs [are] armed with bats, machetes,” said Luz Chavez, who shot the footage. “Any car that passes by with Black people in it, they are yelling at it and throwing s—.”

“Someone just got shot,” Chavez continued, as dozens of people rush down the block. “Now there’s a bunch of armed people there.”

According to local leaders, the Latino men guarding Little Village area are members of the Latin Kings street gang.

“A cop friend just texted me that the “Latin Kings” sent a message to the cops in his town that they would “take care” of the rioters and to not come around,” tweeted Fox News’ Johnny Jones. “Are we in an episode of SOA [Sons of Anarchy]??”

“The system is corrupt and they want to see minorities fight against one another to weaken us,” said community activist Montserrat Ayala, who helped organize a peaceful protest in solidarity with the Black Lives Matter movement over the weekend. “We need to work together to dismantle racism.”

Tuesday, Chicago elected officials and community leaders denounced the reports of violence against black Chicagoans by Latinos, calling the move a “distraction” to the protests taking in George Floyd’s name.

“There’s definitely been incidents and a few people that have acted out of line, but they are not a reflection of the whole neighborhood,” said Benjamin Estrada, outreach director of New Life Centers in Little Village.