Grant Napear says that even though he is 60 years old, he still has a 'lot to learn' 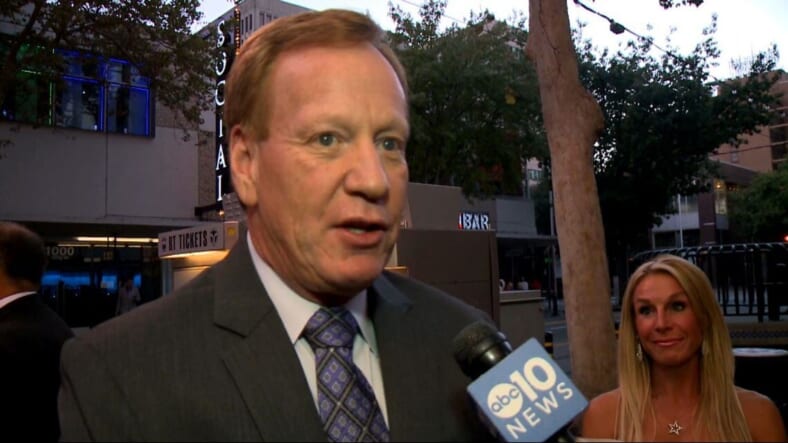 Napear replied, “Thought you forgot about me. Haven’t heard from you in years.” He continued in all caps, “ALL LIVES MATTER… EVERY SINGLE ONE!!!”

Hey!!!! How are you? Thought you forgot about me. Haven’t heard from you in years. ALL LIVES MATTER…EVERY SINGLE ONE!!! https://t.co/DfzKl3w0jm

Cousins tweeted back, “Lol as expected.”

Former Kings player, Chris Webber, also responded. “We know and have known who Grant is. The team knows as well. I’ve told them many times.”

Demarcus we know and have known who grant is. The team knows as well. I’ve told them many times. They’ve seen it. They know who he is. ?? https://t.co/4DI4f1DGUp

The next day, the Kings released a statement saying that they were reviewing the matter saying, “Grant’s recent Twitter comments do not reflect our organization’s views and values.”

The organization dismissed the announcer who had been with the organization since 1988. In their statement, Bonneville International which provides media services for the Kings said, “The timing of Grant’s tweet was particularly insensitive. After reviewing the matter carefully, we have made the difficult decision to part ways with Grant.”

The company said that in the wake of George Floyd’s tragic death and the events of the last several days, “it is crucial that we communicate the tremendous respect that we have for the Black community.”

Napear issued a statement saying, “I want to thank the fans for their overwhelming love and support. I will always remain a part of Kings’ nation in my heart.” He also told the Sacramento Bee that he “had no idea that when I said ‘All Lives Matter’ that it was counter to what BLM was trying to get across.”

If it came across as dumb I apologize. That was not my intent. That’s how I was raised. It has been engrained in me since I can remember. I’ve been doing more listening than talking the past few days. I believe the past few days will change this country for the better! https://t.co/Gsh84BPBEk