The 'Sistas' star is dishing on season two of the BET series and the importance of using her voice for Black issues. 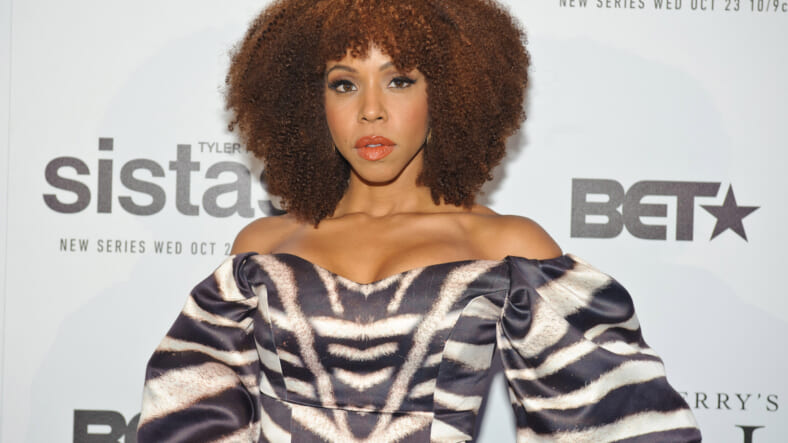 KJ Smith attends BET’s screening of “The Oval” and “Sistas” on October 17, 2019 in Chicago, Illinois. (Photo by Timothy Hatt/Getty Images for BET)

KJ Smith is trying to find the balance.

The Sistas star is one of the first actresses to return to filming amid the coronavirus pandemic, while also juggling protesting, advocacy and self-care.

Smith is gearing up to relocate to Tyler Perry Studios in Atlanta, where she will began filming season two of her hit BET show in July. Her boss, media mogul Tyler Perry, has set up several precautions to keep his actors safe—including weekly testing and quarantining on set—but Smith was still nervous to begin filming at first.

“It feels like we’re making history. First, I had a little bit of anxiety about it, because you just don’t really know what to expect about how things are going to be,” she explains to theGrio about her return to filming for the first time since March. “Now, I’m elated and I am so incredibly grateful that I work for someone who is passionate about trying to find solutions to problems.”

Perry has eased all of Smith’s fears about returning to work, calling and texting the Sistas cast to check in and speaking to “doctors, scientists and government officials” to guarantee their safety. 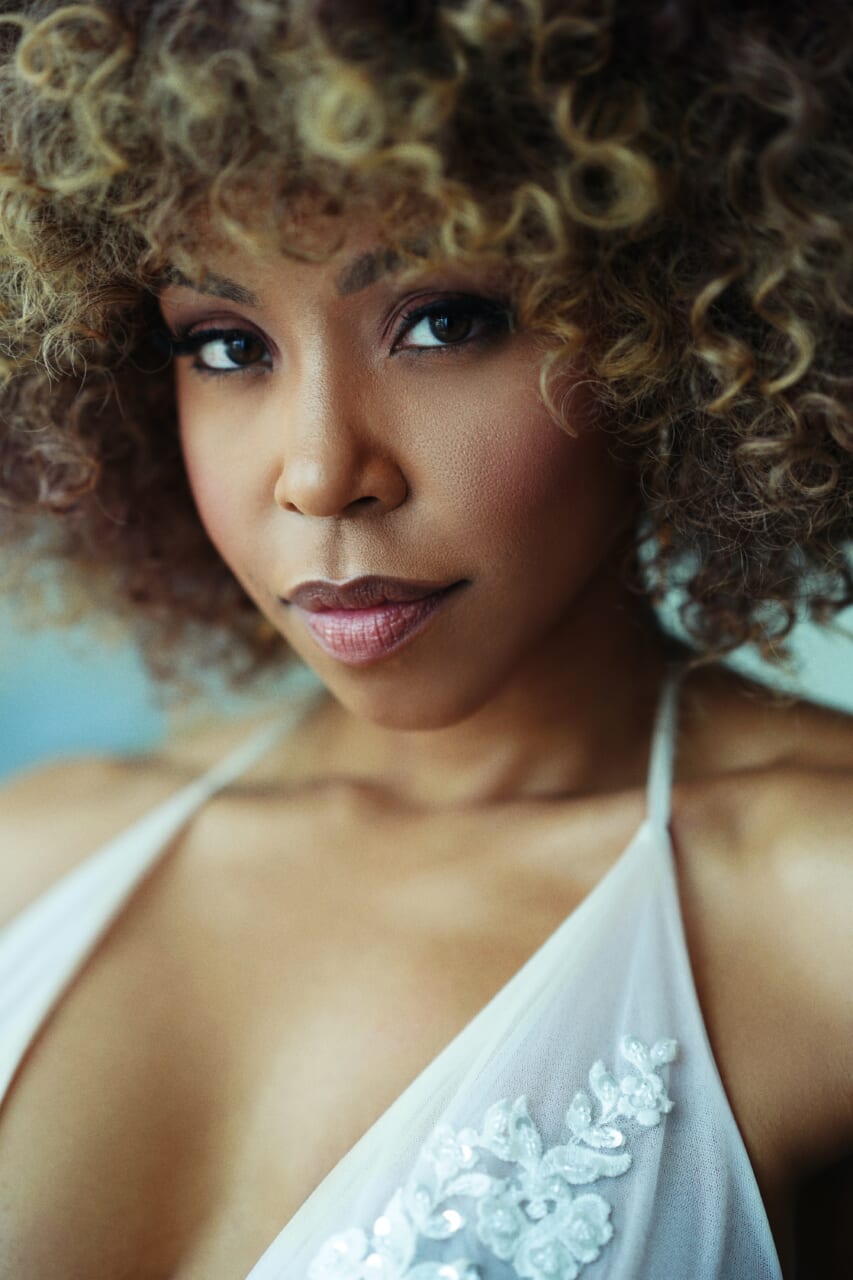 KJ Smith is pictured in an undated headshot. (Credit: RUFFDRAFT)

“He wouldn’t put us in a position to be harmed at all,” she stresses. “I know for a fact that he is spending so much money to make sure that we’re all safe, that we all get testing. That we have the experience that we [need] in order to [maintain] the integrity of the project. One thing is for sure, when you don’t feel safe as an artist, is hard to perform, it’s hard to do what you’re supposed to.”

Something that is impacting Smith, however, is the death of George Floyd and the Black Lives Matter movement that she is so passionate about. The actress has been on the front lines of the Los Angeles protests, using her voice and brand to spread awareness where many other celebrities have fallen silent.

“I think it’s vital. I was going to speak up regardless if I was a celebrity or not,” she says. “The fact that people are listening to me. Something that I say may have a different effect on them then sometimes the close people in their life. …I just got famous. I just became a celebrity. So where I would usually move in silence, I would usually just go, you know, post what I post, talk to my family members. Nah. People need to know and if I can influence one person to make one phone call, to send one email, to donate $10 that is helping move this movement forward. I am adamant about moving this movement forward.” 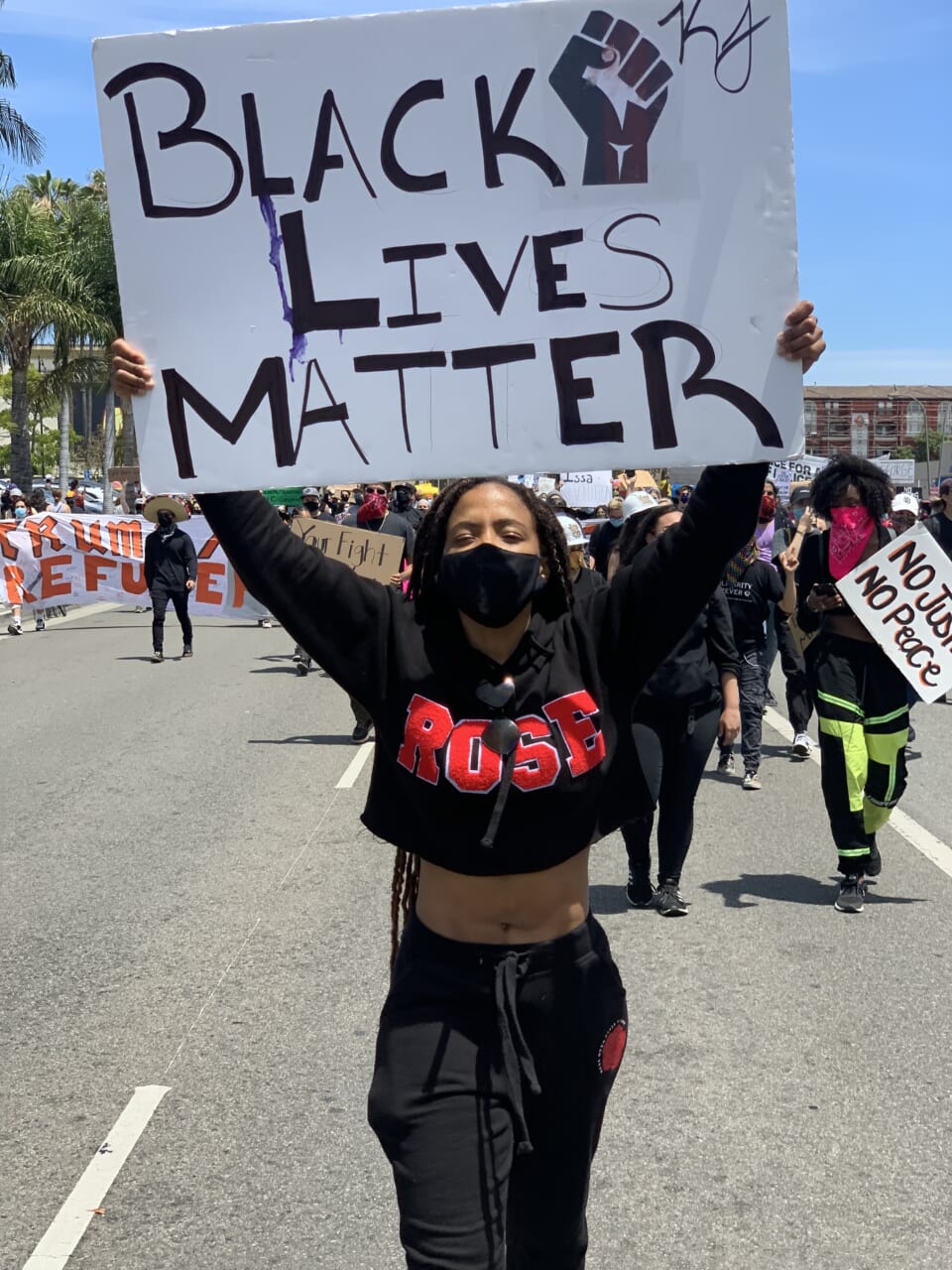 While Smith is devoted to her advocacy work for Black equality, the constant bombardment of Black trauma has taken a toll on her. The BET star is attempting to find the balance between activism and self-care, but it is difficult.

“I’m still working on that area of my life. It’s hard because even today I found out about a protest and I was in the middle of a scene with my scene partner, I’m like ‘I gotta finish this thing early because I want to go to protest right now,'” she explains. “My second thought was I have to do my job so that I can continue to add value to my people. …It’s tricky because you can’t neglect any part.”

RELATED: Kendrick Sampson on ‘traumatic’ clash with LAPD, using his voice in Hollywood

She adds, “This weekend, you know, I had a mental break. It was heavy. I had to pray, I had to mediate, I had to sit in silence, I had to watch a comedic movie. I had to do all those things to try to get out of this really dark place. When I know that me walking outside is dangerous, it takes a piece of you. It breaks you when you think about it, you almost got to numb yourself to even operate in this world. And that’s true for me, because as an artist, you’re supposed to be free flowing. We’re not supposed to be bogged down. We have to be free. You have to be free.” 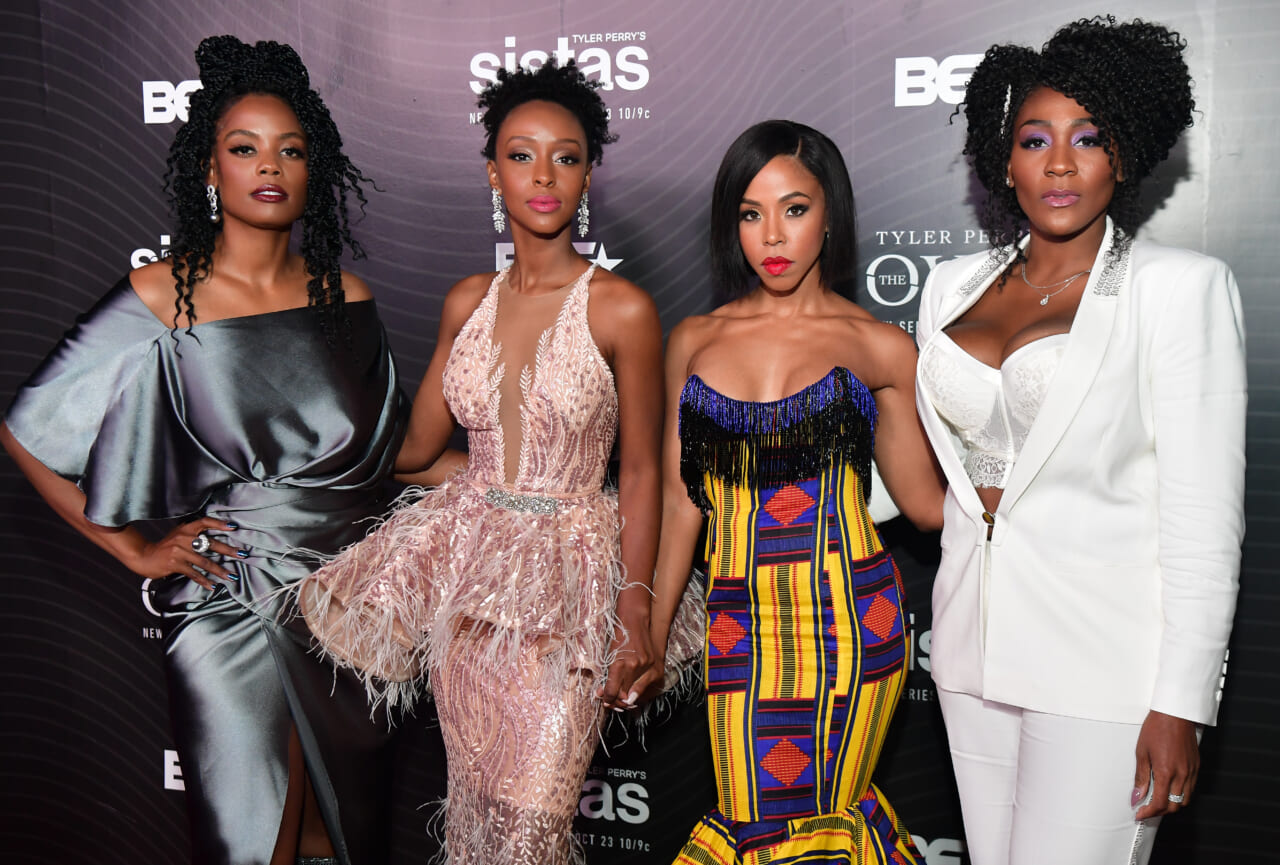 One thing that does help, however, is her co-stars, Mignon Von, Novi Brown and Ebony Obsidian. The four ladies have become incredibly close while filming—a friendship that has brought Smith a lot of happiness.

“When it comes to the four us, we have just grown so much. We’ve been through so much together that it’s almost—it’s not even acting anymore,” she says. “It’s like—there was one experience where I went through kind of a guy situation. I’m like yelling and crying. We were suppose to have rehearsals and I’m like, ‘I can do this, I can still rehearse.’ And, I mean, one of them asked me, ‘How you doing? You okay?’ and I just went off. And then we rehearsed and it was like this was the outlet I needed.”

“We have our own personal life experiences. Since the last time we shot, we’ve been able to have those experiences together,” Smith says. “So we’re just so much stronger and we have so much more love for each other. We’ve traveled together several different places. We’ve gotten to know each other, we’ve met each other’s families. I’m excited to be apart of it.”