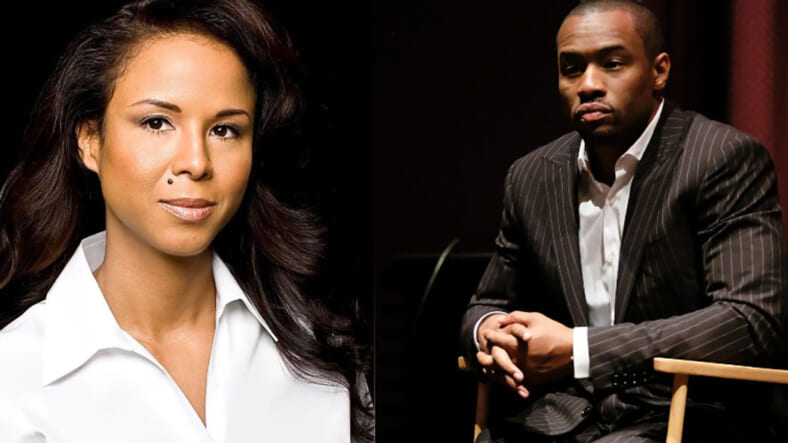 Sil Lai Abrams and Marc Lamont Hill engaged in critical dialogue on Wednesday after Hill’s participation in a panel in which Russell Simmons was added to the discussion.

Simmons has been accused of sexual misconduct and rape by multiple women, including Abrams, as laid out in On The Record (2020) a documentary acknowledging their allegations and the consequences of reporting abuse as Black women in the hip-hop industry.

During the conversation, the pair discussed not only Simmons but also how Black men can be more supportive and show up for Black women. Abrams pushed Hill to clarify a recent appearance alongside Simmons on Drink Champs, a series streamed on TIDAL.

A few weeks ago, I appeared on Drink Champs. I was asked to join a discussion with Bun B, Talib Kweli, and Mysonne. About 2.5 hours into the show, Russell Simmons appeared. I had NO IDEA he was scheduled. I would NEVER have appeared if I had known.

“As I read your tweets, I understand when people are caught off guard, particularly when you’re dealing in a professional situation it can be extremely disorienting, but I see you as somebody, who I’ve seen on TV. We’ve done interviews together,” Abrams told Hill.

“You’re quick on your feet. The fact that you didn’t in that moment, either disengage as an act of protest or even call out the elephant in the room, which is, we’re talking about Black Lives Matter, Russell, you’re on here, let’s talk about Black women’s lives and how they matter and why you’re sitting in Bali right now in a country without extradition treaty sliding into this conversation.”

Hill publicly apologized to Abrams — as he says he’s done in private — taking accountability and repeatedly said he was “deeply sorry” for the situation. Abrams accepted his apology and said she believed the incident was a lesson for how men can do more to end sexual violence aside from not being perpetrators themselves.

Here is a snippet of #SilLaiAbrams and @marclamonthill’s 1:1 conversation on #Tidal’s panel discussion featuring #RussellSimmons and why it was triggering for survivors. UPDATE: Check out the full interview on our #Facebook OR #Youtube pages at 9PM ET

“I think this is a teachable moment for men who are not abusers to really understand the important role that they play in ending systemic sexual violence against women, particularly in this instance,” she said. “I’m talking about Black women who have been harmed by Russell, but also those whose perpetrators have never been named.”

“I fell short. It’s easy to say now, ‘I won’t jump on a show with him.’ That’s the easy part. The hard part is when you’re confronted in the moment and you have to be courageous and you have to do the principal thing on behalf of someone else,” Hill explained.

“What I had said to myself this morning is if a white supremacist had walked on the show, if a police officer, which shot someone, an unarmed Black person, had come on the show, I wouldn’t have needed to wait for a producer to bounce or to say, the f**k are you doing?

He added, “I would have been very comfortable disregarding all professional rules, disregarding any discomfort, not worried about the blowback from the host. I would have done the right thing. So what I’ve been trying to be self-critical about is why does this get a lower level of attention or commitment or passion when every part of me is committed this politically?” 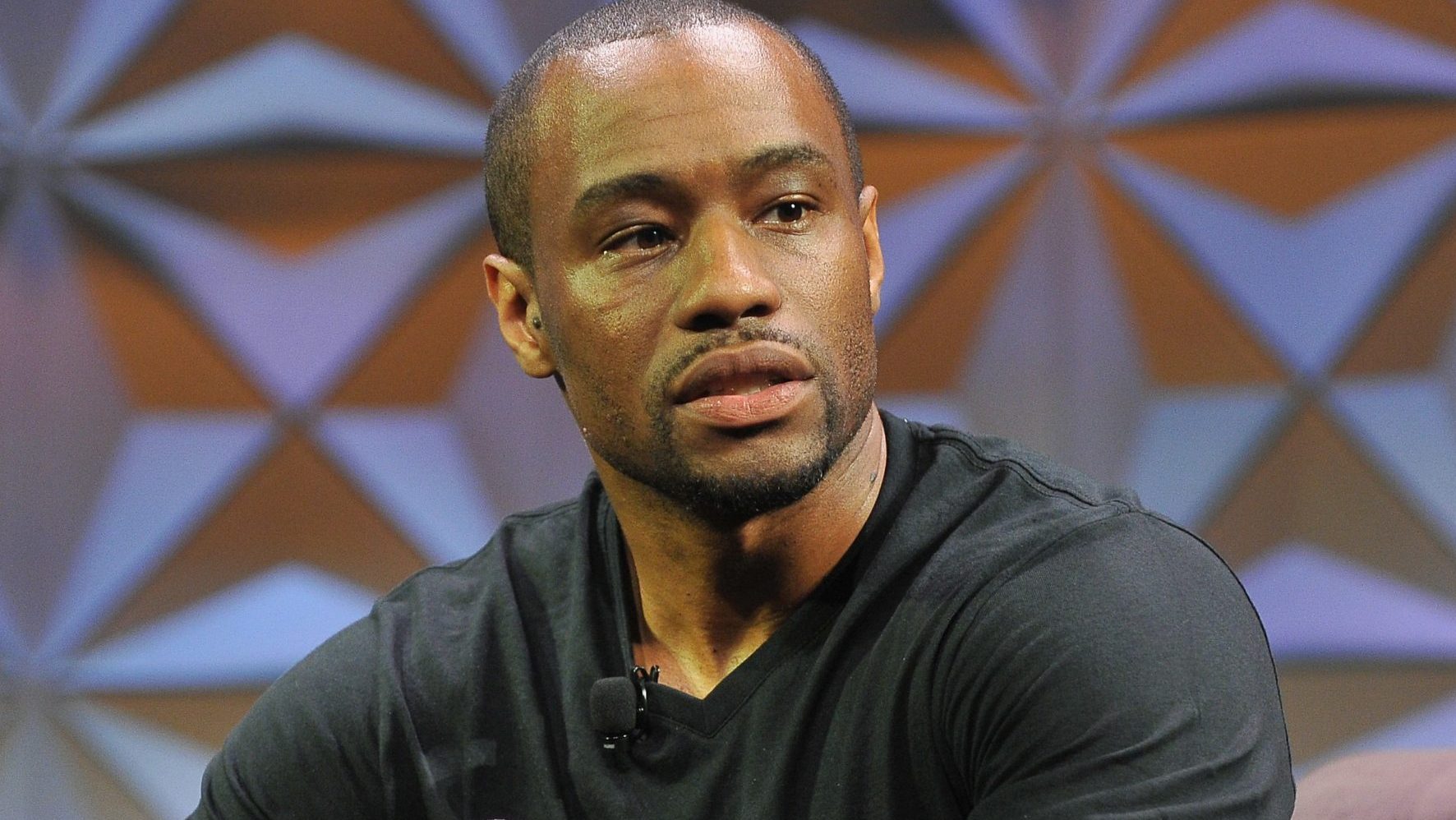 The unfiltered exchange continued to unfold layers of deep-rooted misogynoir in our culture. Abrams unpacked the liberty men have to separate themselves from issues that Black women face, saying “Black men far too often see the struggle of Black women as being distant because it’s not embodied in them and they’re bearing witness to what is happening to us.”

The author and activist argued that in cases of violence against Black men at the hands of the police and criminal justice system, whether or not the accused is found guilty in the court of law, Black women are oftentimes leading the rallies in the name of justice.

Survivors of sexual assault and rape, she said, are not afforded the same attention. 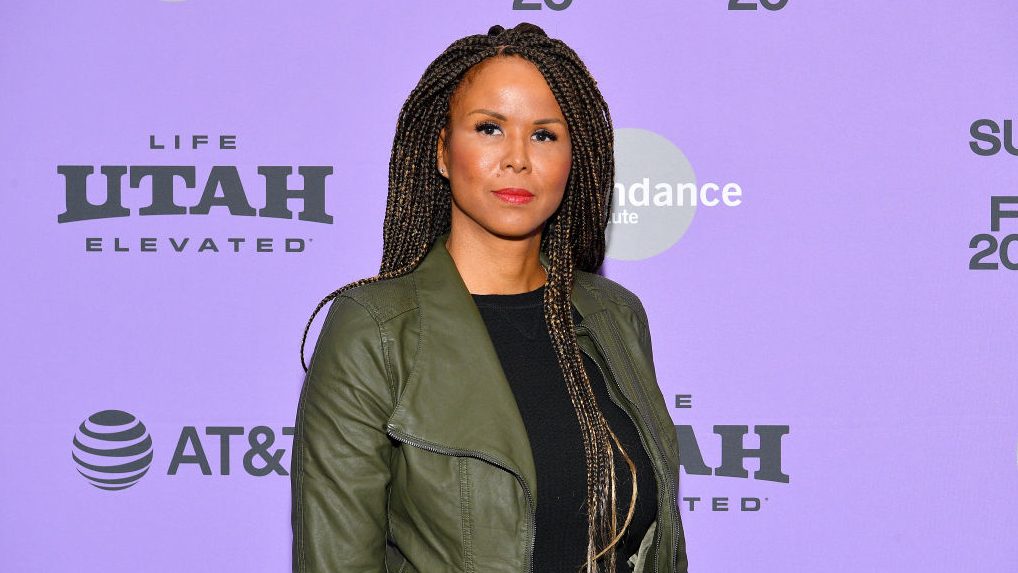 “You said something that I thought was super interesting. When you said we advocate for Black men, whether or not they get a guilty verdict, whether or not there’s a charge from the police. I mean, so I don’t need the police. I don’t need Darren Wilson to get indicted for me to say Michael Brown was wrongfully killed and to investigate,” Hill said.

Hill added, “But someone could have 50 sexual assault allegations against them from different people, and we’re like, yeah, but nothing’s been proven yet. It’s willful ignorance, it’s a willful commitment to not believing women.”

In their over 40-minute conversation, Abrams and Hill go deeper into how we can evolve beyond rape culture and end systemic violence against Black women.

See the entire exchange below: