At one point in the video, an officer can be heard saying, 'Beat it,' and using profanity after officers shot the projectiles

Fort Lauderdale police posted a video on its official YouTube channel Wednesday taken from the body camera of Detective Zachary Baro, who was leading the department’s SWAT team unit on May 31. At one point in the video, Baro can be heard saying, “Beat it” and using profanity, after officers shot the less lethal projectiles.

LaToya Ratlieff was hit in the face with a rubber bullet during what had been a largely peaceful demonstration less than a week after the death of George Floyd in Minneapolis police custody. The 34-year-old said she suffered a fractured skull and required 20 stitches. She couldn’t eat for a week and still has trouble seeing out of one blood-filled eye.

She’s asked to sit down with the police department to discuss reform and make sure there’s accountability going forward. However, her spokesman, Evan Ross, said the city has not yet accepted her invitation.

“I’m heartbroken. We deserve better,” she said in response to the latest video.

A Fort Lauderdale police officer was charged with battery during that same protest after video showed he pushed a kneeling woman to the ground. Witnesses said the peaceful gathering took an angry turn after that and protesters responded by throwing bottles. The officer’s colleagues quickly pushed him away from the woman and down the street.

During another section of the new video released Wednesday, Baro incorrectly tells another officer that his camera is not recording and the two officers begin laughing and joking about the people they had shot with rubber bullets.

Fort Lauderdale Police Chief Rick Maglione said the department was conducting an exhaustive review of nearly 8,000 minutes of body camera footage, with a report to be completed within the next month.

“The entire video clearly demonstrates our officers were under attack by a group of people who chose to use violence instead of peace to antagonize the situation,” Maglione said in a statement. “Although the language is extreme, and offensive to some, our officers were dealing with the chaos of a developing situation.”

Several disturbing videos have emerged from that protest in recent weeks. Ratlieff said they’re traumatizing and make her feel like she’s relieving the moment. She often turns them off. 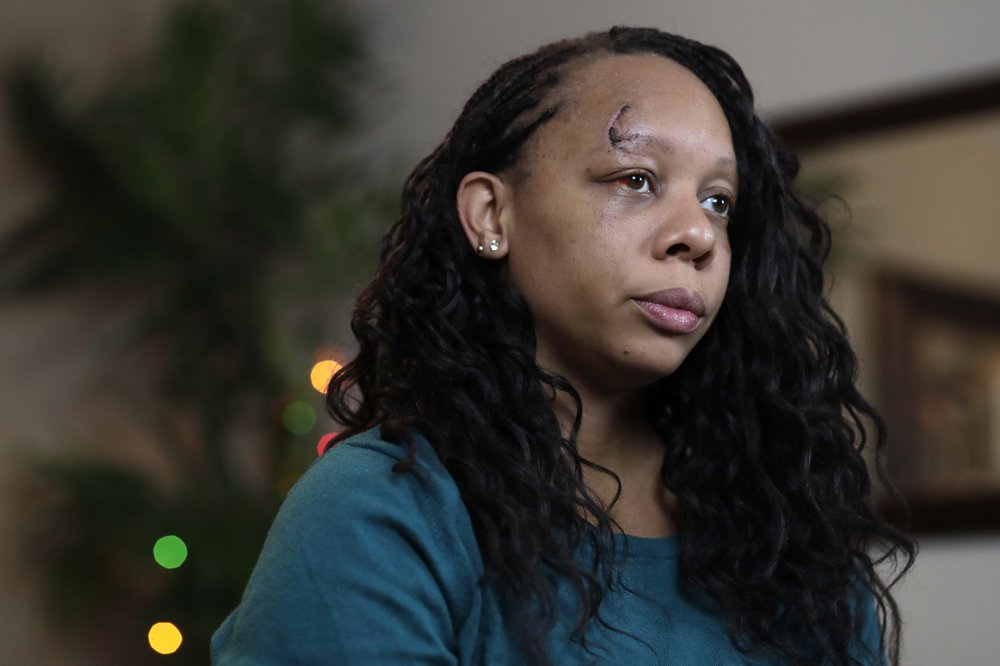 One graphic witness video shows Ratlieff wearing a bright pink backpack, bending over and coughing from the tear gas. As she walks away from police, they fire a rubber bullet and a protester grabs her hand and tries to hurry her. A second shot cracks loudly through the air and Ratlieff crumples to the concrete with a bone-chilling cry.

“She’s hurt, she’s hurt. She’s bleeding,” a witness screams frantically, as several gather around her and blood is seen pouring onto the ground.

RELATED: Kendrick Sampson on ‘traumatic’ clash with LAPD, using his voice in Hollywood

A stranger tore off his shirt and applied pressure to her head as another stranger drove her to the hospital.

Ratlieff has an attorney, but hasn’t filed a lawsuit, saying it’s not about money. She testified this week before the U.S. House Subcommittee on Civil Rights & Civil Liberties during a briefing on government violence against peaceful civil rights protesters.

“I just didn’t want to think that the police did that,” she said. “I still want to understand why … not having those answers, it does leave me in a place of frustration.”

David Fischer contributed to this report in Miami