The federal government has tried to pay the Lakota people for their land, but they refused because the land was never for sale to begin with. 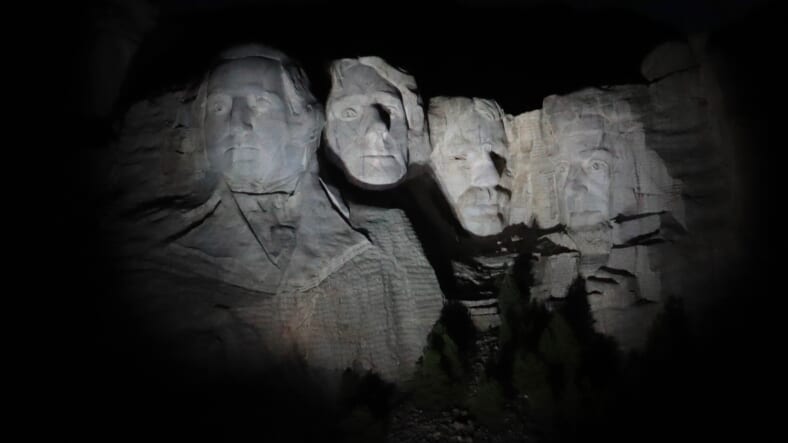 According to the Climate Justice Alliance, the He Sapa or Black Hills, where Mount Rushmore is located, hold a special space for spiritual and political freedom for many native nations including the Shoshoni, Cheyenne, Arapaho, Kiowa, Crow, and Lakota.

“We will not mince words, America was founded upon the genocide, enslavement, and theft of Indigenous peoples and land. There is no better representation of this violence than the desecration of the Seven Grandfathers with the Mt. Rushmore carvings of colonizer faces. This sacred land was, is, and shall always be Indigenous land,” said a statement from the Climate Justice Alliance.

UPDATE: LEGAL FUND LINK IN BIO Yesterday fifteen protectors were arrested protecting unceded stolen Lakota land He Sapa and the Seven Grandfathers (so called Mount Rushmore) from Trump. Twelve have been freed. Three remain in jail. There is an updated legal donation link from @ndncollective in our bio. venmo: @westriverbailfund (6892 if asked to confirm phone) PayPal to: westriverbailfund@gmail ?: @arloironcloud

In part of his speech, President Donald Trump mentioned the statues being taken down across the country. Many believe that the statues, which include Confederate President Jefferson Davis and Christopher Columbus, represent racism at its core.

President Trump referred to the protesters as angry mobs, defacing the most sacred memorials in the U.S. The President then promised to put an end to all of it during his speech.

“I am here as your President to proclaim, before the country and before the world, this monument will never be desecrated,” said Trump.

The He Sapa is also a part of the creation story for the Lakota nation, in addition to being an integral part of the 1868 Fort Laramie Treaty, which was broken by the U.S.

The federal government has tried to pay the Lakota for the land, but they refused to give in because the land was never for sale to begin with, according to Lakota representatives.

The CJA says they will continue to fight for solidarity in the Indigenous community despite attempts to erase their history.