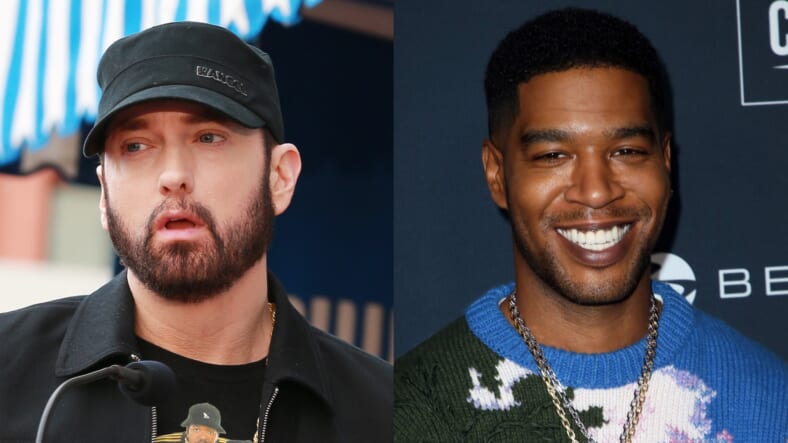 This week Kid Cudi and Eminem fans got an unexpected treat when the two rappers decided to join forces on a new project that takes aim at everything from people who refuse to wear masks, New Orleans Saints quarterback Drew Brees and the killing of George Floyd.

Read More: Janelle Monae rants against sexism in music, religion and other institutions

“Me and Moon Man @kidcudi got something coming tonight!” Eminem teased on Thursday.

Friday, the duo dropped “Adventures of Moon Man & Slim Shady,” and their new song was announced by Kid Cudi’s daughter, Vada, in a video shared on Twitter.

Eminem made it a point in his new music to send “prayers to George Floyd and Ahmaud Arbery” and at one point in the track raps:

“And it’s nonstop fury (Yeah)
‘Cause I ain’t holding ‘em up like an armed robbery (Nah)
And God’s my jury, so when I die, I’m not worried (Nah)
Prayers to George Floyd and Ahmaud Arbery (Yeah)
How the f— is it that so many cops are dirty? (Huh?)
Stop, man, please, officer, I’m sorry
But I can’t breathe when I got you on top of me
Your goddamn knee’s on my carotid artery (F—)“

The rappers also call out those who refuse to wear masks during the coronavirus pandemic, pointing out,

You can check out the rest of the duo’s social commentary in the video above.