Gary Knopp, a Republican member of the state House of Representatives was flying one of the plane’s alone, while six people were flying in the other. 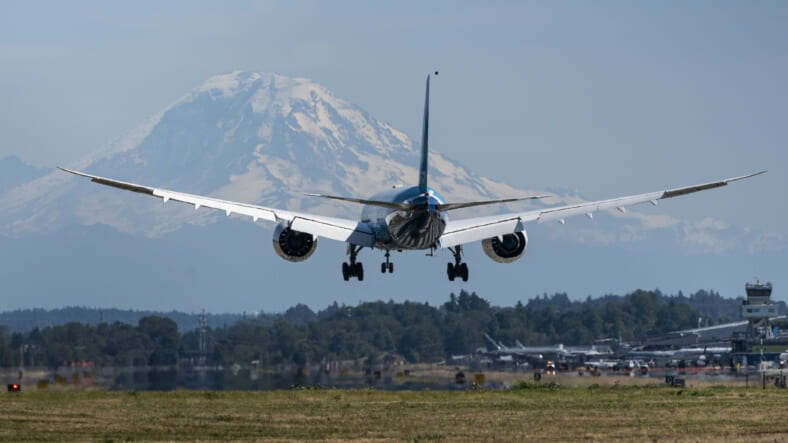 The all-new Boeing 777X airliner lands at Boeing Field, with Mount Rainier seen in the background, on July 28, 2020 in Seattle, Washington. (Photo by David Ryder/Getty Images)

Gary Knopp, a Republican member of the state House of Representatives in Alaska was one of seven people who were killed in a plane crash yesterday.

Two plans flew into each other in Soldotna, Alaska at about 8:30 a.m., according to local authorities. The planes were just two miles away from the airport.

Knopp was flying one of the plane’s alone, while six people were flying in the other according to Clint Johnson, chief of the Alaska regional office of the National Transportation Safety Board.

Because there were no weather issues, authorities are investigating possible causes for the collision.

Six of the victims were confirmed dead at the scene and one died while being taken to the hospital.

“This is an unfathomable tragedy for multiple families today,” said Amanda Price, the department commissioner. “Troopers and partner agencies have worked together diligently at the scene and have reached out to next of kin to notify them of this heartbreaking incident.”

Knopp loved the outdoors and was a skilled pilot, according to Mike Dunleavy, governor of Alaska. Dunleavy asked that the U.S. and Alaska state flags be flown at half-stall to honor the late lawmaker.

Knopp was elected into the State House of Representatives in 2016.

“His presence will no doubt be missed by those he faithfully served,” he said, according to the New York Times.