The host, DJ Pictureplane, regrets throwing the party that encouraged people to 'BYOB' and was billed as a Black Lives Matter event 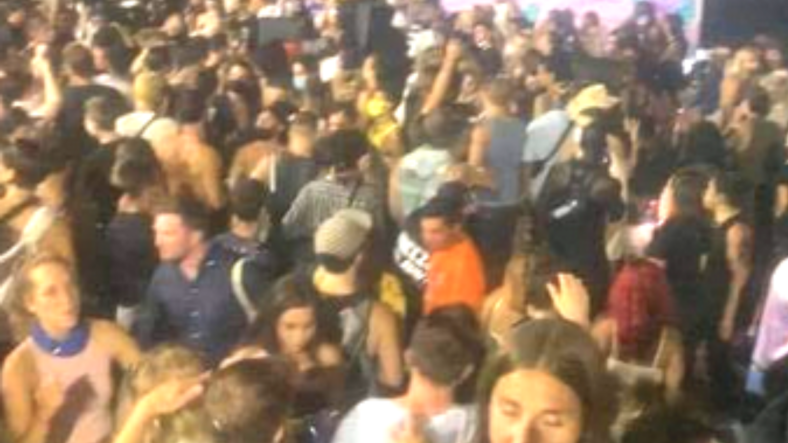 Party-goers gathered by the hundreds under the Kosciuszko Bridge in Brooklyn on Saturday to attend a jam.

Some attendees wore masks as they danced and congregated into Sunday morning. However, many of these attendees paid little respect to Gov. Andrew Cuomo’s citywide mask mandate.

“New Yorkers have worked hard to flatten the curve, but the bars and restaurants that ignore public health guidance are disrespecting their sacrifices which have saved lives while allowing us to sustain the reopening of our economy,” Governor Cuomo said. “Local governments must enforce the law, but the task force has stepped up its efforts and with these additional suspensions we are sending a clear message that the State will not hesitate to take action against businesses that put New Yorkers’ health and safety at risk.”

This party under the bridge was an attempt to get around the governor’s Executive Order.

Multiple DJs were in conversation about this gathering.

According to deleted Instagram posts prior to the event from DJ Pictureplane, he promoted the event as a rave — accepting charitable donations.

Pictureplane also posted a flyer with the party location, saying “BYOB,” Guest of a Guest reported.

Other DJs were not as enthusiastic about the public health hazard.

DJ Mike Simonetti tweeted, “I saw it as a disrespect to both my mother and everyone else who is going through what she went through.” The post is now deleted. He has followed up with the following, seemingly shocked that his tweet garnered so much attention.

His father died alone of the coronavirus.

Videos of the party were all over social media.

Reports state that the original the gathering was a planned as a social justice demonstration, which unfortunately “spiraled out of hand.”

Several signs saying, “Black Lives Matter,” were held by attendees. Many of the “protesters” weren’t social distancing or wearing masks.

According to Gov. Cuomo, protesters are not exempt from wearing a mask. COVID-19 has exposed many of the inequities existing within the American system and these discoveries have charged Americans to exert their first amendment rights, CDC reports.

“To the protesters, I say wear a mask. It is the law. I signed an executive order that says it is the law – if you can not socially distance you must wear a mask,” stated Gov. Andrew Cuomo in a press conference, theGrio.com reported.