'Dancing With The Stars' announces the talent featured on its 2020 season including Skai Jackson, Nelly, Carole Baskin, and more. 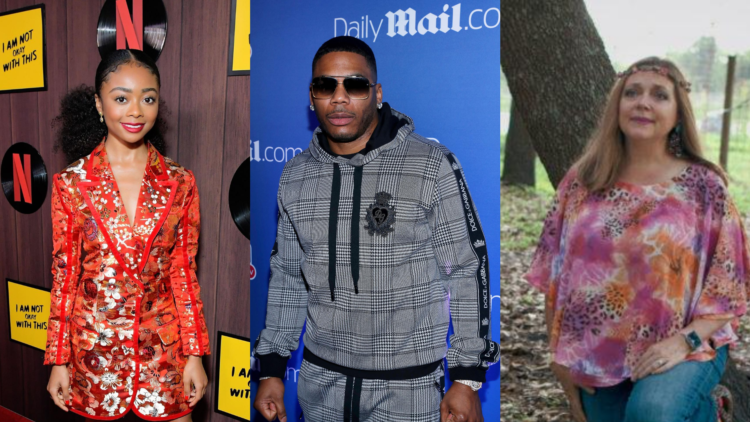 Dancing With The Stars announces the cast for its 2020 season with a long list of actors, musicians, and reality TV talent.

The competition series that pairs celebrities of wide varieties of fame with professional dancers to compete in ballroom performances is back with a new cast. Announced on social media, the DWTS 2020 list includes actress Skai Jackson, rapper Nelly, and Carole Baskin who was one of the subjects of the Netflix documentary Tiger King.

Baskin will not be the only dancer of Netflix fame to take the stage. Cheer head coach Monica Aldama will compete on the weekly show. Bachelorette star Kaitlyn Bristowe, and Selling Sunset real estate agent Chrishell Stause are also on board.

This will be the first season of DWTS hosted by the multi-talented supermodel Tyra Banks. theGrio previously reported she replaced Tom Bergeron who hosted the show for all of the previous 28 seasons and Erin Andrews who joined in season 18.

“I’ve been a fan of ‘DWTS’ since its beginning…The fun mixed with raw emotion, seeing celebrities push past their comfort zones, the sizzling dance performances…it’s always transported me to my days of turning it up 10 notches on the catwalk,” Banks said in a statement.