Roker, a champion for encouraging Black male prostate health, revealed his diagnosis with cancer on 'Today.'

Longtime Today weatherman and show co-host Al Roker announced this morning on the iconic morning program that he has been diagnosed with prostate cancer.

In his announcement, Roker declared that his diagnosis is a “good news-bad news kind of thing.”

“Good news is we caught it early. Not great news is that it’s a little aggressive, so I’m going to be taking some time off to take care of this,” Roker said.

The 66-year-old personality told the Today audience it was important for him to publicly reveal his diagnosis because African American men are more likely to be diagnosed with prostate cancer in their lifetime. In fact, one in seven Black men versus one in nine men overall will face the diagnosis.

“Fortunately, his cancer appears somewhat limited or confined to the prostate, but because it’s more aggressive, we wanted to treat it,” Dr. Laudone said, “and after discussion regarding all of the different options — surgery, radiation, focal therapy — we settled on removing the prostate.”

Roker has long been a champion for encouraging Black male prostate health. In 2019, he joined fellow Today co-host Craig Melvin in a public service announcement called “Get Checked” that also featured members of the New Jersey Devils hockey team. 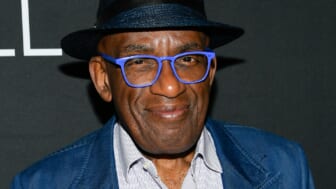 “The problem for African American men is that any number of reasons from genetics to access to health care,” Roker said, “and so we want to make it available and let people know they got to get checked.”

Physicians recommend that Black men start talking about prostate health with their doctors around the age of 40. Annual screenings at around age 45 are recommended for Black men who have a family history of the disease.

Annual screenings for men of other races usually begins around a decade later.

Al Roker has been married to ABC News correspondent Deborah Roberts since 1995. The couple has three children. He said he regrets she wasn’t present when he got the diagnosis from his doctor, but says she has been supportive since he got it.

He ended the Today segment by saying his goal is to recover and get back to work.

Responses to his news were swift.