The federal law enforcement agency is treating the Jan. 6 insurrection as an 'international counter-terrorism effort' 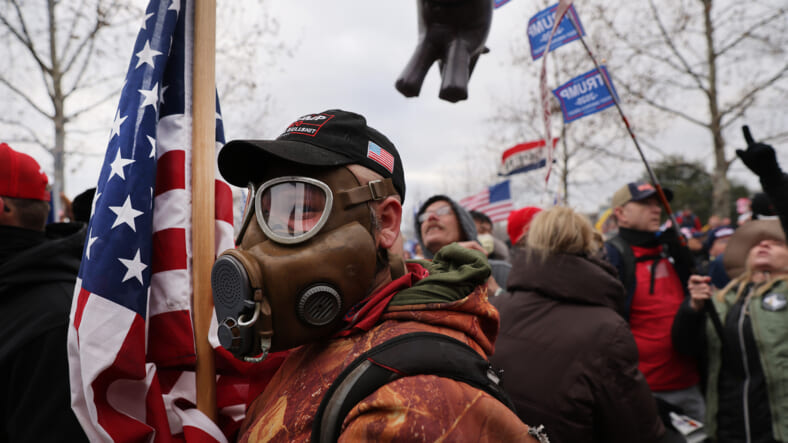 The FBI is offering a $50,000 reward for information about the person who planted pipe bombs in D.C. on Jan. 6.

The Federal Bureau of Investigation (FBI) says its memory is long and its reach is broad as they have already charged 70 cases that will grow to hundreds more. The cases range from simple trespass to theft of mail, theft of digital devices, felony murder and theft of national security information.

The agency is “treating this like an international counter-terrorism effort” as it was home grown, domestic terror.

The anger of Trump protesters is spilling over beyond Jan. 6. In New York at an outdoor press conference held by Senator Chuck Schumer, a male passerby screamed “trader!” As the current Democratic Senate Minority Leader spoke about impeachment and placing the domestic terrorists on a no-fly list, another person walked up and interrupted him, calling him a racist and anti-Semite.

Security worked to keep the woman away from Schumer as she stopped the press conference and screamed at the soon-to-be Senate Majority Leader. For the record, Schumer is Jewish.

There is an albatross around the nation’s neck. It is angry and yet to be quelled as more violent armed protests are expected, particularly around the inauguration of Joe Biden as the 46th president of the United States. As people are concerned with the riots and anticipated unrest in the days leading up to Inauguration Day, there is worry about having the inauguration ceremony outdoors.

As history shows, in 1981, Ronald Reagan held his inauguration ceremony indoors as the snow was blamed for the cancellation of the outdoor ceremony.

The precedent has been set already for the inauguration to not take place outside in the public. An indoor ceremony is preferred, especially for those who must be or should be in attendance. Sources told theGrio, “A lot of members are indicating they don’t feel safe” about the inauguration being held outside. This comes as the Biden transition team continues to get security briefings on the inauguration and the active threats that are out there.

The irony of this is that members of Congress are not trusting of their legislative colleagues who may have been in support of the insurrection.

On Twitter, CNN commentator Bakari Sellers said every member of Congress needs to go through a metal detector.

“Do you think we need @mtgreenee or @Repmobrooks just walking up on Kamala Harris?” Sellers tweeted on Tuesday.

Given the growing concerns about safety on Inauguration Day, D.C., Maryland and Virginia officials are asking people to stay home.