Singer Monica has been in the hospital for the past few days after having surgery, but it didn’t stop her from delivering a video message to her fans. She posted the message to her Instagram page from her hospital bed, urging fans to forgive their parents.

Monica stated in the caption of the post that the hospitalization is due to complications of endometriosis.

She recorded a video message to her fans regarding something “that keeps hitting my spirit.”

After speaking with her father, as she mentioned in the caption, it became clear to her what she wanted to convey.

She continued, “Whatever it is that you have with your parents, even if your parents are not the type of parents you should have in your space every day, forgive them, love them, and start letting that pain go.”

The video continued in a second post, “[It] definitely laid on my heart to say ‘Let it go. And that doesn’t mean that people need to be close — up in your space — it may just mean that you need to let go of what you cannot change because the one thing we learn in life [is that] we don’t control other people’s actions.”

Monica shared how such forgiveness can have lasting and positive effects on the next generation.

“Do what you got to do and make sure you give your kids better than what you had; break generational curses, spend time, love on each other, and be good to each other.” 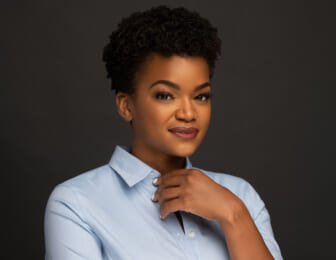 Also Read:
Meet the woman working with Diddy to revolutionize buying Black as we know it

Monica has three children of her own; two sons, Rodney Jr., 16, and Romelo, 13, from a previous relationship and daughter Laiyah, 7, with her ex-husband, former NBA star Shannon Brown.

In 2018, Monica posted a series of photos of herself and her father, M.C. “Billy” Arnold Jr., on her Instagram. The caption read, “No matter what the past may be, you have to let it be!! Greater Days ahead! Relationships are what you make them! I love My Dad; I’m his only daughter !!”

This is her second surgery for endometriosis, a painful disorder in which tissue similar to the tissue that normally lines the inside of a woman’s uterus grows outside it, according to the Mayo Clinic. The singer disclosed to People Magazine that she had been diagnosed in 2017 and endured a surgery to remove fibroids, cysts and a hernia that lasted nearly eight hours.

She said she shared the news in order to help and inspire other women suffering from the disorder.

“My reason for sharing is because we, as women, are built to be warriors and we will ignore something that seems so simple that can be so complex,” she said. “Your uterine health is very important. I spoke up about it so people out there who are going through the same thing know that they’re not alone.”