“Funny thing about the blues: you play ’em ’cause you got ’em. But when you play ’em, you lose ’em.” The words of Buddy Guy in his documentary film, Blues Chase The Blues Away, perfectly describes how the power of music is perhaps the most transformative expression and self-therapy for the Black man and woman in America.

The sound of the Blues, spawned from its gospel roots from the cotton fields of American slavery, is a foundation for nearly all manners of popular music in the 20th and 21st century– from Rock & Roll to Jazz and R&B. Much of the soul-stirring guitar licks you’ve heard from Jimi Hendrix, Eddie Hazel, Ernie Isley as well as Slash, Lenny Kravitz and others are more attributed to the influence of Guy. 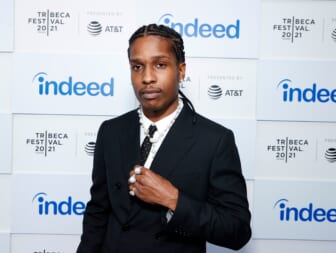 It took three directors– Devin Amar, Charles Todd, and Matt Mitchener –to cover 84 years of this legendary musician’s life. However, they give Guy the space to tell his own story. Going from picking cotton as the son of sharecropper parents in Lettsworth, Louisiana, to the clubs of Chicago, Illinois, to sideman for some of the biggest names in Blues to an inspiring agent to most famous Rock and Rock acts ever to come out of Britain.

The opening is as divine as it is humble. While standing on a field in Louisiana on his lonesome, we learn Guy’s chief musical inspirations as a child; the birds and John Lee Hooker. Knowing that a man with fiery stage presence and incendiary chops was first influenced by nature, and then the guttural songs of Hooker makes perfect sense.

The film is beautifully edited, marbling interview footage, oil paintings, and old-fashioned analog film reels of the early 20th century. It subtly tells the viewer how much time and changes Guy has been alive to witness. 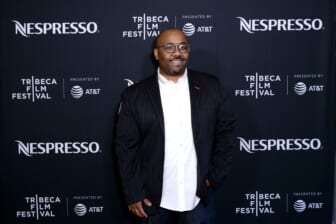 But a reoccurring theme in the film is that Guy was a humble man; a man who was more interested in watching and listening his heroes like Willie Dixon, B.B. King and Lightning Hopkins than joining them.

What put Guy on his course of success was desperation. He explains how he was once fired from a blues gig in Baton Rouge because he was too afraid to sing in front of more than four people, but eventually was forced to get over his fear by literally singing for his supper in Chicago’s 708 Club in 1957.

After being stranded in the city he escaped to, with no job and no money, his guitar playing and singing caught the attention of legend Muddy Waters who made him a salami sandwich that night, putting him on his path as a professional blues man.

Guy built his reputation around the clubs in Chicago by simply standing up. He distinguished himself from his peers and mentors, who had all been used to playing while sitting on chairs and stools, stood out by playing standing up and playing his solos with reckless abandon.

He’s soon be playing sides for records on acts like Dixon and Junior Wells while driving a tow truck by day, but forced to reign in his fiery playing by Chess Records, despite understand how his heroes played but knowing what he had inside. “I could play their style,” Guy said. “I could go to the moon. But, I could also go to Mars.”

“You gotta be a badass for coming up with something that people are still trying to copy decades later,” said Gary Clark Jr., talking about Guy’s innovative style of string bending on stage. Guy had the ability to extract multiple tones from a single string while pushing the feedback to it’s absolute limits.

One of the most eye-opening, yet peculiar revelations of Blues Chase The Blues Away is capturing the irony of Guy’s influence. His heavy, kinetic blues licks didn’t catch on on wax in the states, but after he took a vacation to England in 1965, he discovered that British guitar stars-in-waiting – Jeff Beck, Eric Clapton, and Jimmy Page among them – had all been listening to him and becoming superstars by following his example.

When they achieved hits in America, they couldn’t believe the pop music fans stateside didn’t know know who Guy was when they had him all along. 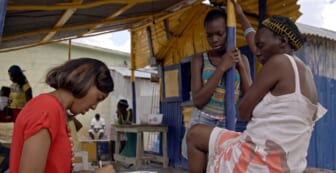 Commentators in the documentary liken Guy’s guitar playing prowess to the unforgiving force of a natural disaster. Carlos Santana compared him to “a tornado, or a hurricane,” while John Mayer called the sound of his guitar from backstage a “sonic tsunami.”

The film’s narrative is held together by a video motif of testimonials, “The Blues According To…” followed by words from players like Hopkins, Dixon, Waters all the way to Clapton, Clark and Mayer about what blues meant to them. Each one of their interpretations were different, and yet they all were true.

In addition, it expertly set the tone for what to come in Guy’s journey. Decades of touring overseas with the likes of the Grateful Dead, being championed by The Rolling Stones and Stevie Ray Vaughn and then winning the first of this nine Grammys in 1991!

The story reaches its climax in his appearance at a Blues tribute special at the White House with President Barack Obama. Blues Chase The Blues Away is an amazing portrayal of music original like Guy, giving us a chance to honor him while we still have him, as well as do what he did: honor those whom he admired.

And the best part? He got to tell the story himself.

Blues Chase The Blues Away can be streamed on Tribeca through June 23.