Johnson said reparations would signal to white Americans that "damages are owed" to the descendants of the enslaved.

Black Entertainment Television founder Robert L. Johnson appeared on CNBC, where he is a frequent guest, and called on the U.S. government to provide $14 trillion in reparations to African Americans for slavery and to help reduce racial inequity.

“Now is the time to go big,” Johnson said Monday on Squawk Box. “Wealth transfer is what’s needed. Think about this. Since 200-plus years or so of slavery, labor taken with no compensation is a wealth transfer. Denial of access to education, which is a primary driver of accumulation of income and wealth, is a wealth transfer.”

America’s first Black billionaire, Johnson made his fortune when he sold his popular entertainment network to Viacom in 2001. He is no longer on the Forbes billionaires list. Johnson founded investment company The RLJ Cos in 2002, which provides strategic investments in a diverse portfolio of companies. 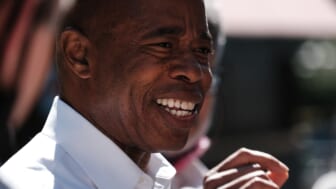 Johnson said reparations would signal to white Americans that “damages are owed” to the descendants of enslaved people, who toiled unpaid in this country for centuries.

“Damages is a normal factor in a capitalist society for when you have been deprived for certain rights,” he maintained. “If this money goes into pockets like the [coronavirus] stimulus checks … that money is going to return back to the economy” in the form of consumption.

Johnson also posited that reparations to Black Americans would result in the creation of more Black businesses. “I’m talking about cash,” he said. “We are a society based on wealth. That’s the foundation of capitalism.” 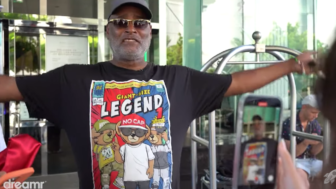 This is not the first time Johnson has advocated for reparations or a wealth transfer. In 2012, he met with Black conservatives in Congress and presented a five-point policy initiative that would encourage investment in Black businesses, alleviate tax burdens for low and middle-income families and stop abusive payday loan practices.

On the same Squawk Box episode, Ken Frazier, Merck’s chairman and chief executive officer — who’s retiring from the role as of today — expressed doubt about whether reparations would even be possible. “I don’t believe we’ll be able to get anything like that through our political system,” he said.