In 2018, six of Gosar's nine siblings endorsed his opponent, claiming his extreme views made him unfit for Congress.

Arizona Congressman Paul Gosar has long been identified as a white nationalist sympathizer, but the Republican’s allegiances to one prominent group and their leader is drawing new scrutiny.

Nick Fuentes praised Gosar this week on his America First podcast, in which he said: “There is some hope, maybe, for America First in Congress. And that is thanks to — almost exclusively — to Representative Paul Gosar.”

Aside from his podcast title, America First is the name of the group Fuentes founded, one that he identifies as a “Christian conservative” organization, but it publicly opposes, among other things, immigration — both undocumented and legal, globalism, gay and transgender rights and feminism. It has been identified as an extremist group by The Anti-Defamation League. The ADL sometimes refers to his supporters as Groypers, a loose network of alt-right figures who are vocal advocates of America First ideals.

A new report from The New York Times notes that Gosar’s allegiance to 22-year-old Fuentes and the like is an example of the Republican Party’s growing acceptance of extremism. 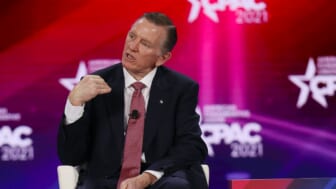 The five-term Republican was a backer of former President Donald Trump and supported the false assertion that last year’s presidential election was stolen from the twice-impeached former commander-in-chief. Gosar has referred to current Democratic President Joe Biden as a “usurper,” which means “a person who takes a position of power or importance illegally or by force.”

AZ Central has posited that the more shocking fact than Gosar’s allegiance with far-right extremists is that there are no Arizona Republicans challenging him for his seat.

As previously reported, Gosar earlier this year shared then deleted an image of a sex worker talking to a man in a car and saying, “$50 WHATEVER YOU WANT BABY.” The cartoon man replies, “CAN YOU… TELL EVERYONE AMERICA FIRST IS INEVITABLE.” The Arizona Republican captioned his post with #AmericaFirst. 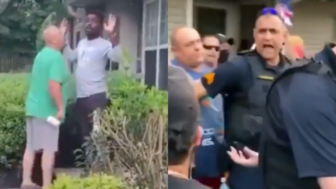 The New York Times notes that the close relationship enjoyed by some far-right extremists and sitting members of Congress gives them and their agenda legitimacy. After Gosar attended Fuentes’ conference, the podcaster tweeted a picture of the two together, captioned: “Great meeting today with Congressman Gosar! America is truly uncancelled.”

Gosar is not the only Republican with ties to far-right groups. Both Florida Rep. Matt Gaetz and Rep. Marjorie Taylor-Greene of Georgia have been publicly supportive of such groups, with Gaetz speaking at events led by the Proud Boys and Taylor-Greene addressing the Three Percenters.

In 2018, six of Gosar’s nine siblings endorsed his opponent, claiming that their brother’s increasingly extreme views made him unfit for Congress. He still won that race and was reelected again last year with nearly 70% of the vote.