A new Black drama series is heading to Fox this fall with Lee Daniels at the helm. Deadline reports that Our Kind Of People is set to premiere on Sep. 21 with Yaya DaCosta at the center of a strong cast, as seen in a new teaser trailer.

Our Kind Of People will follow the story of DaCosta’s character Angela Vaughn as she navigates through the aristocratic caste system which encompasses the Black elite and the Black servants of Martha’s Vineyard’s Oak Bluffs stronghold. 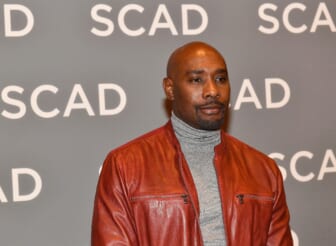 “I was young when I learned that there’s a difference between us and them,” DaCosta is heard narrating as a montage flashes back and forth between Black butlers and maids and the Black privileged class, partying, playing tennis, and adorned with jewels.

Vaughn, the daughter of one of said servants, has a secret that will elevate her status among one of Oak Bluffs’ most affluent families.

“My mama worked for one of them, but I have a secret that will expose them all,” DaCosta continues in the trailer. “Little do they know I’m one of them. So whether they like it or not, I belong here.”

DaCosta announced her departure from the cast of Chicago Med in May, as previously reported by theGrio. She appeared on the NBC series for six seasons.

Daniels, who helmed previous Black dramas on Fox that include Empire and Star, will serve as co-executive producer along with the show’s writer Karin Gist. According to IDMB, Gist has previously executive produced episodes of Star, Showtime’s House of Lies, and ABC’s Grey’s Anatomy and Mixed-ish.

The series is based on the 1999 book Our Kind of People: Inside America’s Black Upper Class, written by the late Lawrence Otis Graham, which chronicles over 50 years of the Black elite in Oak Bluffs. Graham died in February at the age of 59.

Actress Tasha Smith is slated to direct the first two episodes of the inaugural season.