The singer shared an update of her weight loss journey on Aug. 9 by posting a mirror selfie of her holding her baby girl Keziah London Taylor.

They say the third time’s a charm, and Fantasia has her third child to thank for her banging body. 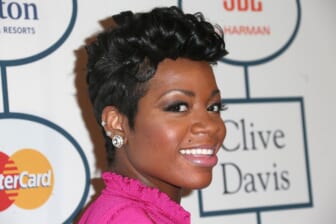 The 37-year-old singer shared an update of her weight loss journey on Monday by posting a mirror selfie of her holding her baby girl, Keziah London Taylor. On the photo she wrote, “Well I guess I can say Thanks Kezzy cause I never had these hips lol!!”

But the mother of three says the weight loss journey is not quite over.

“Now this weight must continue to come off,” she posted, while also clarifying that she’s not trying to shed all of her new baby weight, but “just a lil more.”

Fantasia became an inspiration to fans after posting herself in a garage working out on a bike machine. She wrote in the caption, “Yes I could go to the doctor and just do surgery but I’m the type I need a routine or all the weight will just come right back.”

She also asked fans to post their “advice” in the comments and added, “Let’s do it together.”

Fantasia and her husband, entrepreneur Kendall Taylor, happily welcomed their baby girl in May, and it’s been one heck of a journey for the couple. The Taylors first announced that they were expecting last year in November on their web series Taylor Talks.

They rejoiced live with their fanbase, and the next month they discussed their journey to pregnancy even further with Tamron Hall on The Tamron Hall Show.

She explained that “this is a three-year journey we’ve been on” and said they attempted to conceive their child in many ways, finally resorting to IVF.

“At first, we thought we were going to have to do different things. Everybody was suggesting IVF because it wasn’t happening,” she said. But their conception struggles did not stop there. The “Truth Is” singer continued, “Then we went back in, and we found out that one of my tubes were closed. We went back, and [the doctor] says ‘well, now that one’s open, the other one’s closed.’”

With the misinformation and the constant letdowns, the couple decided to take a “pause,” rely on their faith and “let God be God.”

After a while, Fantasia said getting pregnant completely slipped her mind, and she woke up one day and realized “Um, something’s different.” She went on to take six tests before believing she was pregnant.

In April, about six months into their pregnancy, Fantasia was rushed to the hospital after experiencing contractions. Keeping her fans updated, the American Idol champ said on her Instagram stories that her “baby girl thinks she’s missing something out here, but she’s got to stay in here a little longer.”

However, it looks like little Keziah wasn’t planning on staying in for too much longer. By the next month, Fantasia and her husband revealed their daughter’s birth but later said she had to stay in the neonatal intensive care unit because she was “born a little too early.” 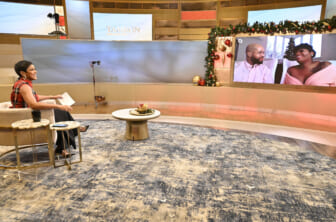