He’s being called ‘The Next Face of the Democratic Party,’ but the title does no justice to the level of legislation that Representative Hakeem Jeffries brings every day to the floor of the House of Representatives. 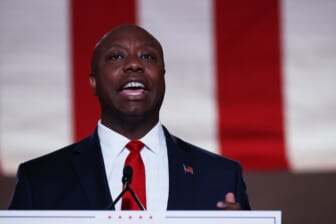 Not just for his constituents in New York — although even in brief moments of speech, his Brooklyn accent is distinct — for the entire United States. Particularly for marginalized communities, Jeffries has been vocal on the subjects of police reform and systemic racism.

A new in-depth profile in The Atlantic is positing that the current Speaker of the House, 81-year-old Nancy Pelosi, will likely step down after the 2022 midterm elections; should the Democrats hold the House, the next speaker will likely be Jeffries.

Majority Leader Steny Hoyer and Majority Whip Jim Clyburn have been floated to succeed her, but they are both also in their 80s.

Pelosi was reinstated as Speaker of the House earlier this year in an overwhelming show of support. All but five Democrats voted for the speaker, but she said that she will not stay in her leadership position beyond 2022 and reaffirmed that statement after the vote.

Despite her victory, progressives were reluctant to support the longtime politician. Reps Cori Bush (D-MO) and Alexandria Ocasio-Cortez (D-NY) waited until the last possible moment to cast their votes of support.

Leaders of the House progressives are likely to push back against Jeffries as well.

The current Democratic caucus chair, Jeffries is a “conduit” to Pelosi, according to The Atlantic. While he agrees with most policies, he has stepped back from being the voice and face of the party until now.

Jeffries has been vocal about the need for police reform in America. In an exclusive interview with theGrio’s Washington D.C Bureau Chief April D. Ryan earlier this year, Jeffries addressed the George Floyd Justice in Policing Act which is still lingering in Congress.

“The issues where it’s been hardest to find agreement relate to qualified immunity reform, as well as the effort to try to make sure that when a police officer crosses the line, violates the law, they can be held criminally accountable through an appropriate standard. Beyond intentionality, but that also includes extreme recklessness or depraved indifference to human life,” Jeffries explained.

“There are complicating factors in connection with the negotiations of the bill that are ongoing, in part, because some of the law enforcement organizations at the national level are trying to torpedo the progress that has been made. And that’s quite unfortunate because we can’t have a situation where there is a genuine bipartisan effort to achieve police accountability,” he said.

Jeffries has also been vocal about his Republican colleagues who helped foment the Jan. 6 Capitol Insurrection. He called controversial Rep. Marjorie Taylor-Greene (R-GA) the “titular head of the Republican conference.”

He didn’t mean it as a compliment.

While Jeffries is not a member of the House select committee investigating the insurrection, he has been vocal in his opinion. On Rep. Kevin McCarthy, who if Democrats lose the House would be the next speaker, Jeffries said, “it’s impossible to take Kevin McCarthy seriously at this point—he has become a wholly-owned subsidiary of Donald Trump and the Trump machine.”

The Brooklyn Democrat wants to align the Democratic Party and focus on the systemic racism on which he has built his career, calling it a “cancer” in America and championing studies on reparations. 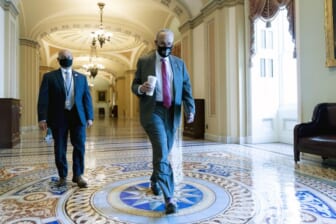 The in-depth portrait of Jeffries in The Atlantic is of a man who is progressive in policy, but not by definition. He is an enigma who is seeking to define his face and name before he possibly makes history as the first African American Speaker of the House.