With a $75,000 grant from the National Endowment for the Humanities, Boston’s Old North Church plans to overhaul its educational programming

The great contradiction of Boston’s Old North Church is that a site pivotal to the freedom of the nation is the same place where slave owners and traders once worshiped.

Now, with a $75,000 grant from the National Endowment for the Humanities announced Tuesday, the foundation responsible for the preservation of the church campus and the visitor experience plans to overhaul its educational programming to better reconcile and integrate those ties to slavery.

The grant is one of $28.4 million in grants for about 240 projects nationwide.

“We’ll be able to address what I call the paradox of the Old North Church,” said Nikki Stewart, executive director of the Old North Foundation, which is distinct from the active Episcopal congregation that still uses the site for religious services. “People see us as a symbol of liberty and independence, but the reality is that the church benefitted from the enslavement of Africans.” 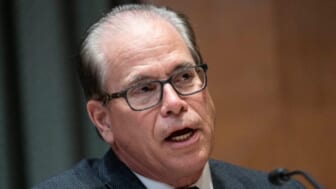 For example, the famous steeple was financed in part by the sale of logwood, the harvesting of which was dependent on slave labor, she said.

The church, built in 1723, is known to generations of schoolchildren as the place where in 1775 two lanterns in the steeple signaled that the British were heading to Concord and Lexington “by sea” and set Paul Revere on the ride that ignited the American Revolution.

The links to slavery have always been known, but just how strong those ties were came to light several years ago after the foundation started a program to highlight the connections of several congregants to the Colonial chocolate-making trade.

One of those chocolatiers, it turned out, was Newark Jackson, who was also a sea captain and smuggler who trafficked in slaves. 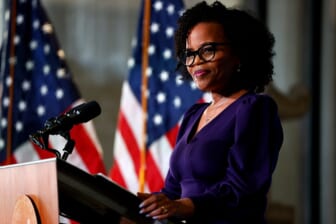 “That was really a punch in the gut to our whole organization,” Stewart said.

Further research found that Jackson was killed during a mutiny aboard a ship in 1743 that at the time was transporting 15 slaves, 13 of whom were children.

Like most cultural organizations, the Old North Foundation suffered greatly during the pandemic. The church welcomed about 150,000 visitors in 2019. It shut down completely for a while, and Stewart estimates that current visitation is still only about half what it was.

The grant will help change the educational experience in three ways: through the narratives the staff tells to visitors; through updated exhibits and interpretive signage; and through new online and digital programming designed for children.

“It is our hope that through this plan that all Americans will be able to see their stories in the Old North Church,” Stewart said.