Nene Leakes says husband Gregg is ‘transitioning to the other side’

The former RHOA star gets emotional at an Atlanta lounge, sharing that her husband of 24-years is "transitioning to the other side"

The husband of former Housewives of Atlanta star Nene Leakes is “transitioning to the other side,” she announced to patrons in an Atlanta lounge Saturday night.

Gregg Leakes, 67, was diagnosed with stage three colon cancer back in 2018. Since then he has been in remission, until a couple of months ago when Leakes announced that her husband’s cancer had returned.

During the 11th season of Real Housewives of Atlanta, viewers could see the difficulties the couple endured as they coped with Gregg’s cancer and trying to maintain a healthy marriage.

“I hope you guys are enjoying the lounge tonight,” said Leakes before she opened up to audiences about her husband’s condition. “Please, I’m asking everybody in this lounge, I had no idea that I was going to walk in here and grab this microphone and make this announcement but I want to say this… I want to be at peace. When you see me and you see my son, give us a lot of love, okay? My husband is transitioning to the other side… You don’t know what we’re dealing with right now.”

The two have been married for 24 years and have two sons together.

The sad news about Gregg comes months after Leakes opened up to the Jasmine Brand in an Instagram live chat about his cancer returning.

“He’s been in the hospital, tomorrow it’ll be a week,” she said in the interview back in late June. “I’m sure he’ll be home in about a week or so. He had to have a surgery, [because] his cancer did return.”

Portions of Gregg’s journey to remission were documented in the Real Housewives of Atlanta in 2019. The couple’s emotional journey was filled with tears, arguments and general concern as to how to mend their relationship, while both individuals were under insurmountable stress.

At one moment, Leakes offered that the couple gets another divorce in the midst of Gregg’s treatment to subdue the tensions in the home. The couple already divorced back in 2011, before getting remarried in 2013. 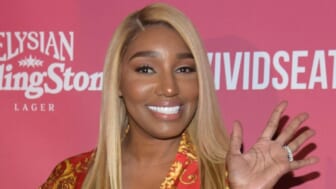 “This is our business so when people approach us and say, ‘you’re rude,’ because you dont want to say ‘happy birthday,’ my husband is at home dying,” Leakes said to audience members who called her “rude” for not acknowledging a birthday in the crowd.

The death of Black Panther actor Chadwick Boseman in 2020, who was quietly battling the cancer for four years, shed a light on the importance for African Americans, and particularly Black men, to get screened for the deadly disease. 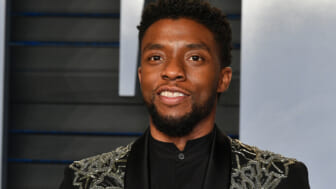 “So, please give us some respect. Give us some love, okay,” Leakes continued to say to the crowd. “You see my son right here, he’s hurting, I’m hurting… We walked in here because we have to walk in here ‘cause we have this business but my husband is losing his life at this very moment.”

Leakes posted a photo of the word “broken” on her Instagram late Sunday afternoon. There have been no other updates on Gregg’s current condition.