Venus Williams on pressure to start family: ‘I’m not desperate’

The tennis legend also spoke about the pressure of being a sports figure, specifically on her respect for Naomi Osaka

In a recent cover story, tennis icon Venus Williams opens up about the pressures to start a family, telling Cosmopolitan that she is “not desperate” to usher in that chapter of her life anytime soon.

Williams is officially Cosmopolitan‘s October cover star. The sports legend has plenty to be celebrated for, with her savage response to a question about the often-toxic sports press going viral, to her various businesses taking off, Williams is showing no signs of stopping anytime soon.

In the wide-ranging story, Williams opens up about various aspects of her life and career as Cosmopolitan refers to her as, “the icon we all need right now.” 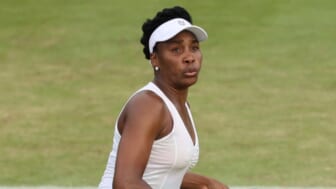 Williams went viral with a response to the press earlier this year, theGrio previously reported. With many sports stars like Naomi Osaka and Simone Biles opening up about the often complex and challenging relationship sports stars have with the press and unrealistic expectations put on them, Williams was asked in June how she herself deals with media scrutiny.

She said in the viral video, “For me personally, how I cope, how I deal with it, was that I know every single person asking me a question can’t play as well as I can and never will. So, no matter what you say or what you write, you’ll never light a candle to me.”

Expanding on her thoughts on Osaka and that response, she told Cosmopolitan, “I admire everyone who stands up for what is right, which isn’t easy. It takes strength, courage, and vulnerability. I love to see this next generation of players be willing and open to do that regardless of the cost to them.”

She then spoke to how growing up in the public eye helped her learn how to navigate setting boundaries in that regard.

“It doesn’t have to be yelling or screaming. I’m not a combative person. I’m never going to let any situation change that, because I want to look back and know that I stayed true to who I am. So come. Come for me if you want to, but you won’t come again,” she added. 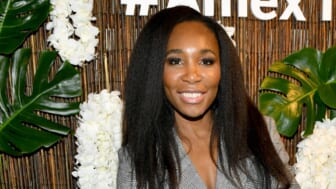 Williams, 41, also opened up about “societal pressures” on women to start a family at a certain age, and why she doesn’t necessarily want to change her life anytime soon. “I have a lot of friends who don’t believe me when I say that I like my life and I don’t want to change it for any reason. I’m not desperate and they don’t believe me.”

She continued, “They say things like, ‘You’re going to miss your window.’ I’m like, ‘Please, relax. You might feel this way, but I don’t. I promise you I don’t.’”

Check out the full story with Cosmopolitan, here.