Ellis Isle Teas is located in her Detroit hometown, and the talented, tenacious Ellis-Brown credits the Motor City for much of her success.

What does it take to become the most successful Black woman-owned beverage company in America? Talent and tenacity.

Nailah Ellis-Brown has both in spades.

Ellis-Brown is the founder of Ellis Infinity, LLC, the Detroit-based maker of Ellis Island Tea, a line of naturally sweetened hibiscus tea beverages inspired by sorrel, the traditional Jamaican drink.

The recipe came via her great-grandfather, who entered America from Jamaica at Ellis Island — which, given her last name, was the perfect name for her product. She recalls that it was often shared at family events, where her great-grandpa’s brew graced every table. It also features rosehips, honey, and mint. 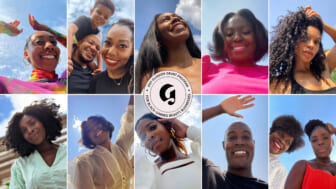 During her first year of college, Ellis-Brown knew she wanted to be an entrepreneur and left school to start her business. She sold her tea the old-fashioned way: Out of her own trunk.

“What started with small batches and selling bottles from the back of a car quickly became a much bigger business,” her website reads. “Thanks to Nailah’s drive and determination, Ellis Isle now operates a full-scale, state-of-the-art production facility and ships orders to retailers and customers nationwide.”

The facility is located in Ellis-Brown’s hometown of Detroit, and she credits the Motor City for much of her success.

“I got my resilience straight from the city of Detroit,” she tells theGrio. “There are no handouts. There aren’t many resources, and you really have to figure things out on your own. And so I would say the city of Detroit definitely inspired the entrepreneur in me, and it gave me that skill set of resilience.”

“I kept my business operation there,” she adds, “because I wanted to continue to provide jobs for native Detroiters.” 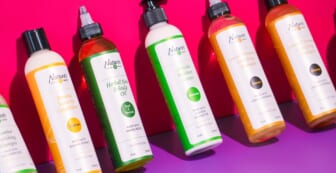 The winner of the first season of Centric TV’s reality show Queen Boss in 2017, Ellis-Brown, who now lives in Atlanta, saw her online sales soar last year during Juneteenth and the height of the racial protests, a time when calls to support Black-owned businesses rang loud.

In 2020, her 13-year-old product caught the attention of celebrities like Beyoncé — who listed the tea on her website — and Facebook COO Sheryl Sandberg. Both its in-store and online sales went through the roof, which helped Ellis-Brown keep her doors open, attract investors like Kevin Hart and secure $1.85M in capital funding.

She notes that a friend from Detroit works for Hart and set up a meeting for Ellis-Brown to sit down with the comedian. 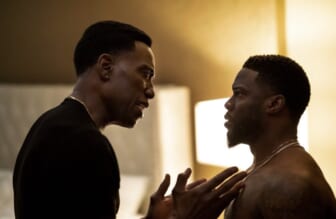 “I was beyond nervous because I felt like this was my one shot,” she says, “and I had a 15-minute window, and I introduced the product, and I let them taste Wet Shuga. And he went crazy.”

Wet Shuga is Ellis-Brown’s newest product, sweetened with sugar cane; she got the idea to try that sweetener from the television show, Queen Sugar. She says Hart told her: “I’m in. I’m in, congratulations, Kevin Hart is in. I want to make an investment. I really want to see you win.”

According to Ellis-Brown, Hart said he sees a lot of himself in her, as far as her hustle. “And he really, really was into the story,” she says. “And so from that point, he started supporting me. And that was how we started working together.” 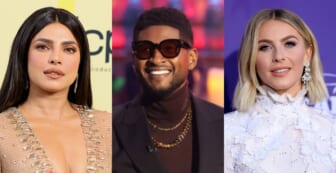 Also Read:
‘The Activist’ pulled by CBS, to be reworked into documentary after backlash

In addition to Hart, Ellis-Brown attributes her “village and the level of support” she gets from friends, family, and investors to help her succeed in her passion. “My motivation has always been to provide opportunities for people who look like us and to play a role in improving the quality of life” for Black communities, she says. A big part of that, she notes, is offering better products.

“I’ve always wanted my nutritional facts or the ingredient lists to be something you can actually read, and not look like a science project,” Ellis-Brown contends. “My short, simple ingredient list is always something that I’ve strived to do. So it’s a real product. And first and foremost, it tastes amazing. And I think that’s originally what draws people in. And then when they see the person behind the brand, and my agenda and my passion, I think that’s where the loyalty ends up kicking in.”

Ellis Island Tea is a healthier alternative because it uses real tea and not a tea-flavored syrup. “Every time we launch, we strive to get even healthier by the next launch,” adds Ellis-Brown. “So that’s always on the forefront on the innovation side for us.” 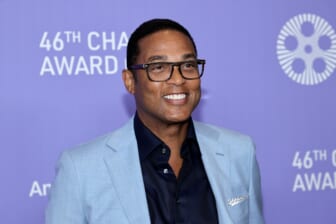 Both Ellis Island Tea and Wet Shuga are now available in every Target store in the country — in both sweet and unsweetened versions. “That opportunity is one that I don’t take for granted,” Ellis-Brown says. “It’s very hard to come across where you get a national launch with Target. And so we’re really excited about that partnership.”

As for the future?

“Distribution is what we’re focused on now so this product can be accessible,” maintains Ellis-Brown, “because people everywhere want to try it. And so we’re in really exciting times. Because for the first time ever, it’s accessible anywhere in the country. We are really just focused on distribution and getting the product in people’s hands.”