While the late Michael K. Williams was nominated for an Emmy for his performance in Lovecraft Country, the award for Outstanding Supporting Actor in a Drama went to another actor.

As theGrio previously reported, Williams tragically passed away earlier this month on Sept. 6. The actor is known for esteemed roles in shows like The Wire, Boardwalk Empire, When They See Us, and most recently, HBO’s hit Lovecraft Country.

Williams was nominated for his role in the series, and many of his fans around the world were hoping the Emmy would go to the late artist. While Williams was not posthumously awarded Outstanding Supporting Actor in a Drama, he did receive a tribute from Kerry Washington. 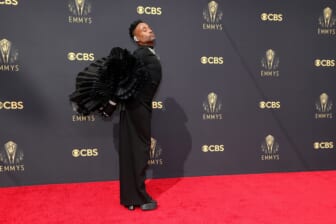 Washington attended the 73rd Primetime Emmy Awards to present the award for Outstanding Supporting Actor in a Drama. Before announcing the nominees, the Little Fires Everywhere actress addressed the audience and gave a heartfelt tribute to Williams. Washington appeared in the 2007 film I Think I Love My Wife with the actor.

“I would like to take a moment to mention one nominee in particular…Michael K. Williams,” Washington said. She went on to describe Williams as a “brilliantly talented actor and a generous human being who has left us far too soon.”

“Michael, I know you’re here because you wouldn’t miss this,” she added. “Your excellence, your artistry, will endure. We love you.”

The award ultimately went to Tobias Menzies from The Crown.

As theGrio previously reported, tributes have been pouring in for the late actor since his tragic passing on Sept. 6, when he was found dead in his Brooklyn home of a possible drug overdose. Williams had been candid about his struggles over the years with substance abuse.

Williams’ Lovecraft co-star Jurnee Smollett recently took to her Instagram to honor Williams, mentioning how much she had been looking forward to attending the 2021 Emmys with him. 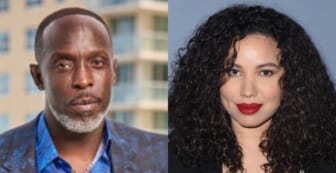 She wrote in her post, “Taken awhile for my brain to metabolize how the world can continue to spin w/out him here in the physical form. He was supposed to be here with us this week in LA for the Emmys. He was supposed to see how big Hunter is, we were gonna dance, celebrate, cry. Instead our brother was laid to rest today. Perhaps it’s selfish of me to want to hold onto this beautiful man that came into my life & forever changed it.”

Williams was also paid tribute to on Emmy night by another Lovecraft Country co-star Wunmi Mosaku, who posted an emotional tribute to him on Instagram. She said she’d been too starstruck to tell him how much she admired his work and told her followers how important it is to give people their flowers while they are here.

“Michael was pure of heart. A gentle gentleman that I love dearly and will miss greatly. Sending all my love to his family and friends,” Mosaku posted. Read her full post below.