Lil Nas X responded to the praise of Parton with excitement

Looks like you can add Dolly Parton to the list of country stars who love Lil Nas X‘s affinity for mixing the genre with hip hop!

This week the music legend took to social media to praise the rapper after he performed a cover of her classic “Jolene” last week at the BBC Radio 1 Live Lounge.

“I was so excited when someone told me that Lil Nas X had done my song #Jolene. I had to find it and listen to it immediately…and it’s really good,” Parton tweeted Wednesday. “Of course, I love him anyway. I was surprised and I’m honored and flattered. I hope he does good for both of us. Thank you @LilNasX.” 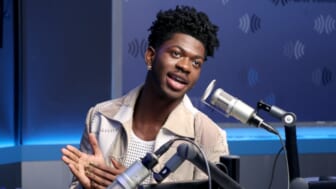 Not surprisingly, the 22-year-old was apparently flattered and flabbergasted by the unexpected showing of public support and in response tweeted, “HOLY SH–.”

While the tweet exchange may have surprised some, Parton and Lil Nas X devotees alike reminded us all that back in 2019, the singer-songwriter revealed to Elle that she had been asked to be a part of one of the remixes to Lil Nas X’s breakout single “Old Town Road.”

“I had an opportunity to be part of that [song],” she explained at the time. “But it had done so well with so many people. I thought, ‘Well, I’ll wait and do something later on. No point in going down that same Old Town Road. We got other roads to travel.’”

To her point, that same year the rapper did in fact tweet to his followers, “y’all think i can get dolly parton and megan thee stallion on a old town road remix?”

Although that remix never happened, there’s still hope for the 75-year-old to collaborate with the controversial emcee, given her longtime history of successfully collaborating with Black entertainers.

In July, Parton opened up about how she took the royalty checks from Whitney Houston‘s remake of her song “I Will Always Love You” and poured them back into the Black community, theGrio previously reported.

During an appearance on Watch What Happens Live, the 75-year-old answered a series of fun rapid-fire questions about her personal life and her legendary career in music. 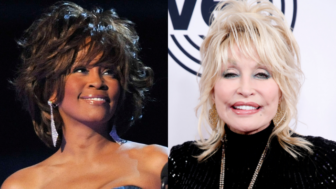 But when Bravo host Andy Cohen asked Parton about the best thing she has ever spent her royalty earnings on from Houston’s version of “I Will Always Love You,” the 75-year-old, who wrote the song back in 1973, surprised the studio audience with her response.

“I bought my big office complex down in Nashville. So I thought, ‘Well, this is a wonderful place to be,'” Parton said. “I bought a property down in what was the Black area of town, and it was mostly just Black families and people that lived around there. It was off the beaten path from 16th Avenue and I thought, ‘Well, I am gonna buy this place — the whole strip mall.’ And I thought, ‘This is the perfect place for me to be,’ considering it was Whitney.”