The singer and TV personality opened up to TMZ about his current battle with pneumonia.

According to a recent statement, Ray J has been hospitalized with pneumonia.

The singer, who is currently in a Miami hospital, opened up to Hollywood Unlocked about this recent health battle. Due to COVID-19 protocols, he has not been able to see his family, he said.

“I been in here all by myself for a week,” he said. “No family members came to see me, not even my wife.”

Ray J was hospitalized in the COVID wing despite having pneumonia, according to TMZ. 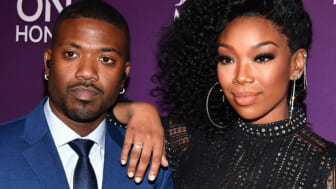 Following a phone call with Ray J, TMZ wrote that it was clear that the singer “was not out of the woods yet”. He told the outlet that when he first went to the hospital, the doctors “assumed” that he had COVID-19.

He was then placed in the COVID wing of the hospital, which Ray J described as “frightening.”

“I thought it was over,” he said to TMZ. “I started praying and knew God is good so I just kept praying.” He was reportedly given five COVID tests, which all proved that the singer was negative. He eventually moved away from the COVID wing. 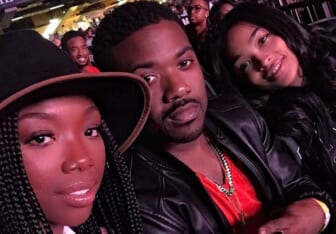 Even though he’s receiving oxygen, Ray J is experiencing difficulty breathing and talking. “He says when he wakes up at 6 a.m. he feels like he could go home, but by 6:30, things deteriorate and he fears the worst,” reported TMZ. Ray J asked for his fans to pray for him.

Brandy, Ray J’s sister, recently took to Instagram to shared a screenshot of a FaceTime with him. Her brother showed off a new tattoo with Brandy’s name on his arm in the photo and Brandy smiling ear to ear. “This is real love♥️ I couldn’t have asked for a better brother. I love you @rayj ♥️ #bestfriends #rayjXbrandy #rayjsis#rayjsister,” Brandy wrote in the caption.