"I think he has mental illness. I think he’s a narcissist," said Johnson

Singer/songwriter and Chicago-native, Syleena Johnson, chimed in with her opinion on the conviction of disgraced R&B singer R. Kelly on federal sex trafficking charges.

In a Tuesday appearance on Fox Soul’s Cocktails with Queens, where Johnson is a co-host along with Claudia Jordan, LisaRaye McCoy, and Vivica A. Fox, the singer said that Kelly was a “narcissist” who should be put in a mental institution.

“Don’t get it twisted,” she continued. “I think he needs to be in a straitjacket. I think some of the behavior that has been going down has been erratic, and I think that a lot of Black men in jail have been misjudged.” 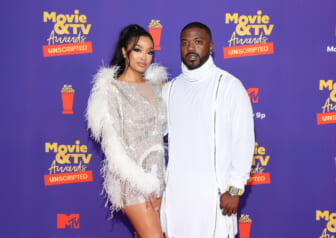 She suggested that Kelly was one of the many Black men who have mental illness and are incarcerated instead of treated. “This dude needs real help. He needs to be in an insane asylum. Insane asylum! Real talk. On meds, drugged to the point where – constant therapy – it’s too much. It’s too much.”

Kelly was convicted on nine counts including racketeering, sexual exploitation of a child, kidnapping, bribery, sex trafficking, and a violation of the Mann Act, and dozens of witnesses testified to Kelly’s abusive sexual behavior.

Yet, Johnson noted that Kelly is narcissistic because he is allegedly seeking to get a reduced sentence by disclosing other celebrities who have been involved in sexual misconduct.

“That also means you didn’t ever think you were guilty of anything. You never thought you were gonna get caught. That’s crazy.”

Social media users were quick to comment on Johnson’s remarks. One wrote, “Claudia Jordan asked Lisa Raye if she still considers R. Kelly her friend, and her response was, “he didn’t do it to me.” Is that what it takes for her to support his victims and let go of that awful ass man? Then there’s Syleena Johnson…just cancel the whole show.” 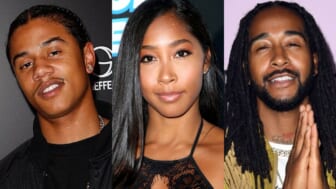 Johnson’s name continued to trend through Thursday as fans speculated that she may be a contestant on the Fox competitive series, The Masked Singer.