EXCLUSIVE: Full Circle Everest Expedition will climb Mount Everest next spring and Bill Henderson who leads the group says, "I wanted to be able to take my experience in the outdoor industry and help mentor those folks."

The landscape of the great outdoors is changing, thanks to a team of nine skilled Black and Brown mountaineers from across the United States.

In the spring of 2022, the group known as the Full Circle Everest Expedition will make history as the first all-Black team of climbers to trek up Mount Everest. 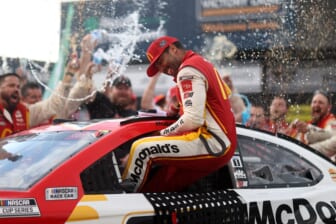 The group is being led by Phil Henderson, a 30-year veteran in the Outdoor Industry. The San Diego Native takes the notion to lift as you climb.

“You know, really what prompted me to plan it was the fact that over almost three decades, I’ve been one of the very few Black people working in the outdoors and climbing mountaineering and whatnot,” Henderson tells TheGrio.

“And as the years have gone by and I’ve been connected with a few other younger Black climbers, it was just an obvious connection. I wanted to be able to take my experience in the outdoor industry and help mentor those folks and provide some opportunities for them that weren’t provided for me at the same time.”

Once the team flies out to Nepal, the journey to reach the 29,032 foot Everest summit will take roughly two months to complete. Along the way, these black athletes will be faced with low freezing temperatures and rough terrain.

Henderson, who’s already led an all-African American team to the summit of Mount Kilimanjaro in Tanzania, says tackling a climb of this magnitude comes down to mind over matter.

“It’s not just physical, but it’s also mental. Your foundation of outdoor skills just needs to be second nature, you know. How do you take care of yourself? How to read the weather, how to pace yourself. All of these things are second nature. once you’ve been doing it for so long. That’s what you really need to climb Everest,” Henderson adds.

However, accomplishing the impossible is nothing new for Henderson. In 1994, he became the first Black American instructor for the National Outdoor Leadership School. An exciting opportunity met with adversity. 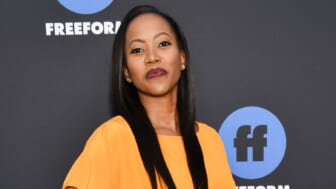 Also Read:
Erika Alexander on the power of sci-fi and forging her own path on ‘Acting Up’

“There’s no reception, really. You know, it was hard back in those days. But I would still say 90 percent of my time and now have been positive, you know, because really, when you get to this, when you start doing these things, the people that you’re with, you have to trust and rely on. You know, it’s kind of it’s you put your life in their hand, they’re putting their life in their hands. And so a lot of those things, you know, stereotypes and biases, all these different things they go out the window,” Henderson says.

Since sharing their story, the Full Circle Everest team has received an overwhelming amount of support from across the globe. They’ve already surpassed their first fundraising goal of $50K needed to cover permits and equipment. Now the team is aiming to raise $75,00 to cover flight and travel costs to the climbers out to Nepal.

Henderson hopes their historic journey will show people of color exploring the great outdoors is more than a hobby. It’s a lifestyle with endless possibilities.

“You can work at a summer camp, you know, to work as a guide on Kilimanjaro or wherever it may be, you know, the Grand Tetons or whatever. We don’t even really know the options that are out there in terms of being able to work in the outdoor industry. We haven’t even talked about engineers or graphic designers and fashion designers. It’s a place that you can work and be happy, and actually have a really healthy lifestyle as well,” Henderson says.