In an Instagram statement, show officials promise "an exciting lineup of guest hosts and panels to be announced shortly."

The latest season of The Wendy Williams Show was set to debut on Sept. 20, but a statement was posted to the show’s Instagram page declaring Williams was unwell. The show was then pushed back to Oct. 4, after Williams contracted a breakthrough case of COVID-19. This week, officials made another announcement, marking the third time the show has been delayed.

“The Wendy Williams Show will start airing originals on Monday, October 18, with an exciting lineup of guest hosts and panels to be announced shortly,” the Instagram statement read. “Wendy continues to be under medical supervision and meets with her medical team on a daily basis. She is making progress but is experiencing serious complications as a direct result of Graves’ Disease and her thyroid condition. It has been determined that more time is needed before she is able to return to her live hosting duties.”

Williams, 57, was diagnosed with Graves’ disease nearly two decades ago.

“Wendy is a valued and stalwart member of the Debmar-Mercury family and has been so for 12 years. We want her health to be her top priority,” the statement continued. “As soon as she’s ready, she will be back in her treasured purple chair. We very much appreciate the respect for Wendy’s privacy, as well as all the good wishes from her fans, station partners and advertisers.” 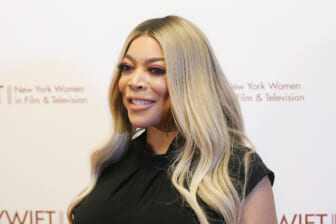 In a 2018 interview with PEOPLE, Williams addressed symptoms of the illness she experienced while hosting her show, including bulging eyes and famously fainting on air the year prior.

“I had a storm going in my body is the best way I can explain it,” she said. “It came from me neglecting my six-month endocrinology appointment. I have Graves’ Disease and hyperthyroid. If you have one, you don’t necessarily have to have the other, but I have both.” 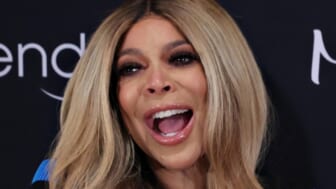 “And it’s really unfortunate. And that — that is something that has no socioeconomic thing to it. No matter what — no matter what the woman’s status is, it seems like we’re all in the same boat,” Williams asserted, adding “I’m not doing that anymore.”