Trump insults Colin Powell, calls out media for treating him ‘beautifully’ in death

The 45th President appeared annoyed by the favorable coverage of Powell

Former President Donald Trump’s recent remarks regarding the coverage surrounding former Secretary of State Colin Powell’s death have some people scratching their heads. Apparently, Trump is no fan of the favorable press Powell has received.

“Wonderful to see Colin Powell, who made big mistakes on Iraq and famously, so-called weapons of mass destruction, be treated in death so beautifully by the Fake News Media. Hope that happens to me someday,” Trump said in a statement, The Hill reports, with Trump adding “a classic RINO,” which is an acronym for ‘Republican in name only.’

“He made plenty of mistakes, but anyway, may he rest in peace!” Trump concluded.

News regarding Powell’s death made headlines on Oct. 18. Powell, the first Black US Secretary of State, died from complications from COVID-19. He was 84. Additionally, Powell had multiple myeloma, which is a cancer of plasma cells that suppresses the body’s immune response.

He also suffered from Parkinson’s, Powell’s longtime chief of staff, Peggy Cifrino, confirmed to CNN. Powell was fully vaccinated against COVID-19, though those who are immunocompromised are at greater risk of having severe complications from the virus.

Powell’s family confirmed the news in a Facebook statement, noting: “General Colin L. Powell, former U.S. Secretary of State and Chairman of the Joint Chiefs of Staff, passed away this morning due to complications from Covid 19. We have lost a remarkable and loving husband, father, grandfather, and a great American.”

Trump’s comments did not come as a surprise to many. The former president has criticized Powell in the past for being an architect of the Iraq War.

The Hill notes that Powell, who assisted in building international support for the invasion of Iraq, “presented faulty intelligence to the United Nations” that claimed Saddam Hussein had weapons of mass destruction.

Powell also criticized Trump and endorsed Joe Biden in the 2020 presidential election. He particularly spoke out against Trump after the deadly Jan. 6 Capitol attack. After what occurred on the Capitol, Powell dissociated himself with the party, stating that he could “no longer call myself a fellow Republican.” 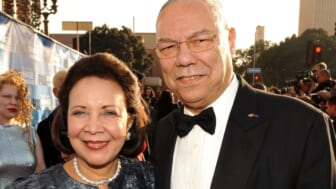 “I do not know how he was able to attract all of these people,” he said at the time. “They should have known better, but they were so taken by their political standing and how none of them wanted to put themselves at political risk. They would not stand up and tell the truth or stand up and criticize him, or criticize others.”