Real Housewives fans, get ready to go international! The network has announced the latest iteration of their popular “Real Housewives” franchise, this time following lavish ladies in Dubai. 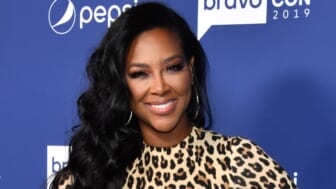 Per the official press release from Bravo, this franchise will follow, “a group of women navigating their relationships, careers and supremely lavish and ultra-wealthy lifestyles in the United Arab Emirates. With the desert paradise of Dubai as the backdrop, this billionaire’s playground is known for its over-the-top opulence, jaw-dropping modern architecture and wild nightlife scene.” 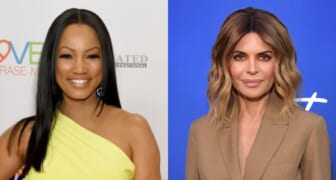 Cohen released an official statement in tandem with the announcement. “Everything’s bigger in Dubai, and I couldn’t be more excited to launch Bravo’s first international ‘Housewives’ series in a city I’ve been fascinated by for years, with an outstanding group of friends as our guides,” he wrote

The new series follows “The Real Housewives of Salt Lake City,” which premiered in fall 2020, theGrio previously reported. With reality stars like Mary M. Cosby and Jen Shah that have already found themselves in the zeitgeist after just a year, Bravo clearly has plenty of gas left in its “Real Housewives” franchise.

Cohen shed more light on the upcoming spin-off during his “Today Show” appearance. He told hosts Savannah Guthrie and Hoda Kotb, “The first international city produced by Bravo…this is huge! This is going to blow the lid off the entire franchise!”

Check out Bravo’s exciting promo sequence for the series below: