The season two trailer for The Real Housewives of Salt Lake City has officially dropped. If the preview is any indication, fans are in for a wild, drama-filled season from their favorite ladies of SLC. 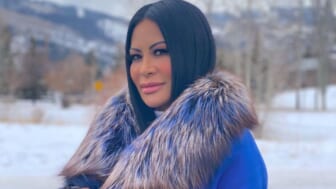 As TheGrio covered last year, The Real Housewives of Salt Lake City was one of the most exciting shows on Bravo in 2020. Premiering last fall, Bravo’s newest edition of its popular franchise introduced viewers to a brand new city, with religion, affairs, and of course, drama, taking center stage.

The series was also noticeably diverse for a first season, featuring cast member Jen Shah as the franchise’s first Polynesian housewife, and Mary Cosby, who is Black. Now, the trailer for season two’s officially dropped, with a new housewife, new storylines, and plenty of fireworks for viewers to enjoy.

Here are the top takeaways from the juicy trailer.

All about Jen Shah

As TheGrio previously reported, Shah made major headlines after the first season finished airing, and not in a good way. The reality star was arrested and charged in March “for conspiracy to commit wire fraud in connection with telemarketing, and conspiracy to commit money laundering.”

By the looks of the trailer, the cameras were rolling when all of the drama went down. The scenes in the teaser feature many of the women questioning Shah’s motives, with housewives like Lisa Barlow refusing to take her calls, and Meredith Marks, with who Shah had a lot of beef with in season one, taking up for the alleged victims of Shah’s alleged crimes.

The trailer also dips into rumors that Cosby, The First Lady of the Faith Temple Pentecostal Church, may be a cult leader. The first season certainly dived into Cosby’s eccentric personality, with her unconventional marriage to her step-grandfather (yes, you read that right), taking center stage.

Some cast members are wondering if Cosby’s church is in fact a cult. From the looks of it, Barlow seems to be heading this “investigation,” as she sits down with someone seemingly connected to Cosby who reveals, “Is it a cult? Yes. Does she call herself God? Yes.” Time will tell how these rumors pan out, but the trailer indicates Cosby is not happy with the gossip at all.

A new season is here which also means we are getting a new housewife in Salt Lake City.  Jennie Nguyen joins the cast, who Shah describes as “a little firecracker.” Per the official Bravo website, “Born in Vietnam, Jennie began her journey to the United States when she was just seven years old. Introduced to the group by Lisa, Jennie is not afraid to ask the tough questions and has no problem jumping right into the drama.”

As Heather Gay shares in the clip, “Jennie is throwing down.”

Is Meredith behind Jennie’s arrest?

The central question of the trailer is who (if anyone) has anything to do with Jen’s indictment. Whitney Rose implicates Marks telling her in front of the group, “It looks like you might have something to do with the fact that Jen was indicted.”

This sets Shah off, who yells at Marks, “I swear to God if you have anything to do with the bulls— charges against me, Meredith, you’re f—- disgusting. You’re f—– fraudulent.”

Marks, “disengaging”, shoots back at Shah, “Who’s calling who a fraud? Love you, baby. Bye!”

The Real Housewives of Salt Lake City premieres Sept. 12 at 9 p.m. on Bravo.