The highly anticipated 'Sex and the City' revival hits HBO Max this December.

On Friday, HBO released the first official trailer for And Just Like That…, the upcoming revival to Sex and the City that sees the original cast joined by some exciting new characters. 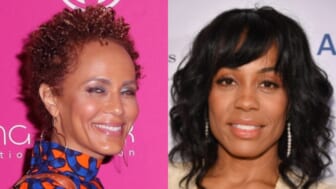 With an original series, two feature films and a prequel series, The Carrie Diaries, Sex and The City is one of most popular shows in HBO history. Sarah Jessica Parker‘s Carrie Bradshaw and her friends navigating the highs and lows of dating in New York City continues to resonate with fans all over the world, so much so that the show is returning years later, reuniting viewers with three of the beloved main characters.

Cast member Kim Cattrall, who played freewheeling Samantha in the days before ‘sex-positive’ was a thing, elected not to return for the sequel, but the series will bring in some new (and diverse) faces when it returns in December.

Parker, Cynthia Nixon and Kristin Davis return as Carrie, Miranda and Charlotte. Nicole Ari Parker joins the series as Lisa Todd Wexley, a character described as “a mother of three who is also a documentarian living on Park Avenue.”

Karen Pittman also joins the series, fresh off The Morning Show and Luke Cage. She plays a “brilliant, challenging Columbia Law professor.” The latest trailer features quick glimpses of these new characters interacting with the original cast, as well as everything fans have come to know and love about Sex and the City: New York, romance and fashion, fashion, fashion! 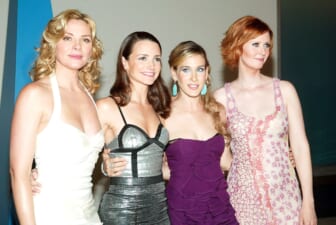 Also Read:
‘Sex and the City’ revival to add 3 women of color to lead cast

King shared an official statement regarding the new actors in the series, explaining, ““Everyone at And Just Like That… is thrilled to have these amazing and vibrant actors join the Sex and the City family. Each of them will add their unique spark and big heart to these new characters and the stories we are about to tell.”

And Just Like That... premieres on HBO Max Dec. 9th and will air Thursdays.