Former Fort Worth, Texas, police officer Aaron Dean, who shot and killed Atatiana Jefferson in October 2019, will soon go on trial for her murder.

According to WFAA, a judge set a new date — Jan. 10, 2022 — for the trial, which was supposed to begin Tuesday. Instead, Judge David Hagerman again delayed Dean’s trial, which has been pushed back twice. On Dec. 6, motions will be heard, including one for a possible change of venue, and jury selection begins on Jan. 4, 2022.

As previously reported, 28-year-old Jefferson was shot and killed by Dean, who responded to a welfare check at her residence after a neighbor saw and reported that her front door was open late at night. Allegedly, Dean responded to the call as if it were a burglary.

When Dean and his partner arrived at Jefferson’s home that fateful October night, he walked to the yard around the house, yet he did not identify himself as a police officer. Jefferson grabbed her gun from her purse and looked out the window after seeing someone. Dean reportedly shouted, “Put your hands up! Show me your hands!” before firing a single bullet into her chest, killing her.

Jefferson and her 8-year-old nephew were inside playing video games. 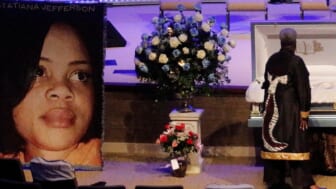 As noted in a previous report, Fort Worth Interim Chief Ed Kraus told reporters in late 2019 that “the information came from the neighbor to the call-takers, and while it was relayed to the dispatch, it was determined to be an open structure call.”

Kraus explained that a welfare check would have resulted in officers acting differently and knocking on the door to assess the situation. In contrast, an open structure call would have required an officer to act in a more guarded way because of the danger he or she might possibly face. 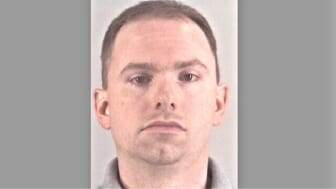 Activists have noted that justice has been slow to come for Jefferson, who was slain over two years ago. Kwame Osei, co-founder of the social justice group Enough is Enough, staged a protest on the scheduled March date of Dean’s hearing.

“We’re asking anyone that’s available to come out to the courthouse and demand some transparency in this,” he said, per Spectrum News. “It’s been very tight. I mean, they have a gag order, and it’s, like, ‘What else are they hiding?’ The family has no idea if aid was even rendered to Atatiana. They don’t know anything. We’re kind of in a waiting game.”

Relatives of Jefferson filed a wrongful death lawsuit against the city of Fort Worth last November. 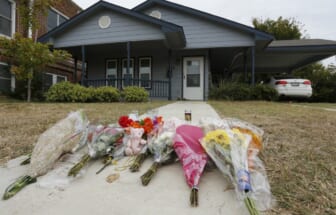 Just months after her murder, both Jefferson’s father and mother died. Her father suffered a heart attack just one month after her shooting. “He ultimately just succumbed to, I don’t know, I can only say a broken heart,” Bruce Carter, a family spokesman, told CNN. “He just never recovered from the grieving process.”

In an interview with WFAA earlier this year, one of Jefferson’s sisters, Ashley Carr, the mother of the child who witnessed the killing of his aunt, revealed she feels “stuck in 2019.”